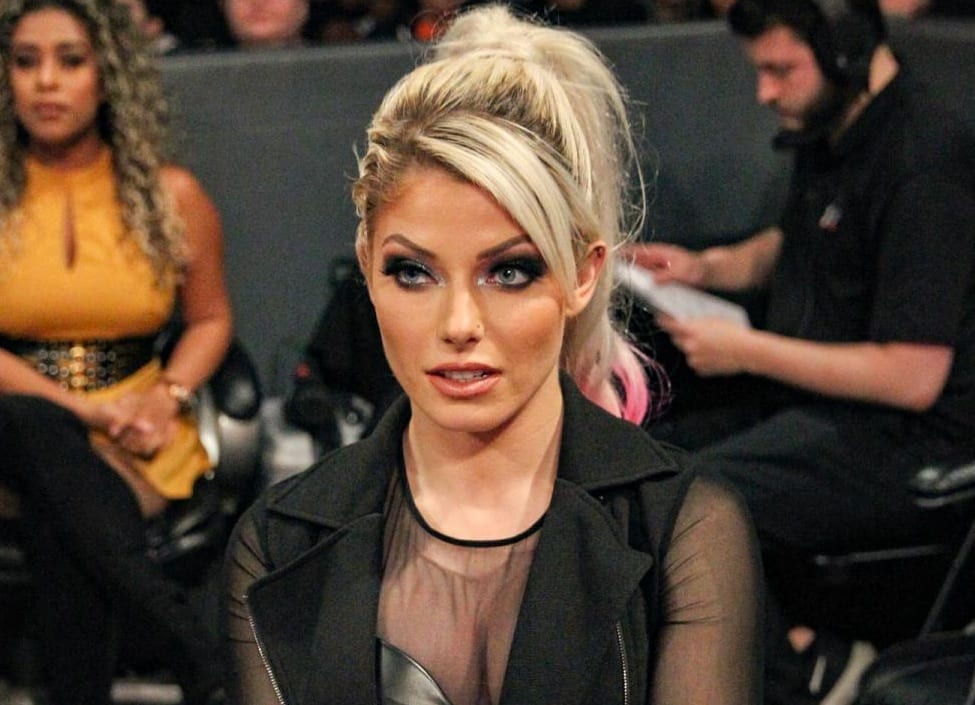 Alexa Bliss has done a lot since her NXT call-up including dominating the title matches for her brand on pay-per-view after pay-per-view. Now she is out of action due to suffering too many concussions in a short span, but she’s not off television at all.

In fact, her role on WWE Raw has actually seemed to pick up in a way since she was taken off of the active roster. It was a nice change of pace, but for the past two weeks, WWE booked Open Forum segments for Bliss as she moderated a Q&A with Sasha Banks and Bayley. This week she is set for a press conference.

Dave Meltzer opened up about this on Wrestling Observer Radio where he explained why Bliss is getting this type of treatment on television. It all comes down to the fact that WWE loves Alexa so much they don’t want her character to lose relevance. Therefore, the company is going to continue to book her as much as they can even if it means they have to repeat themselves at times.

“They love Alexa Bliss. They think Alexa Bliss hung the moon and she can’t wrestle so they just figured these talk segments get Alexa Bliss on television and get her lots of TV time and they feel that people wanna watch Alexa Bliss and maybe some people do… not in these segments, I sure don’t want to.”

“I don’t know Alexa Bliss is a good promo, but I don’t care why you are. Trying to do a fifteen minute segment with talking unless you’re The Rock or John Cena or Kevin Owens or something it kinda sucks and you know, I just don’t think it’s advantageous to anyone to have these long talking segments just because of the idea that you gotta get enough minutes of Alexa Bliss on TV.”

Bliss is working on getting cleared for an in-ring return. Hopefully, it will happen sooner than later, but it doesn’t seem like they’re rushing it. At this stage in her WWE career, she might not be working in the ring, but it’s still a good thing that she’s on television.

It would still be nice if WWE could figure out another way to keep Alexa Bliss on television without booking the same type of segment for three weeks in a row.

In the meantime, we’ll just see how her relationship with this authority role might grow as Baron Corbin could be on his way out of the position if he can’t defeat Braun Strowman at WWE TLC on December 16th.