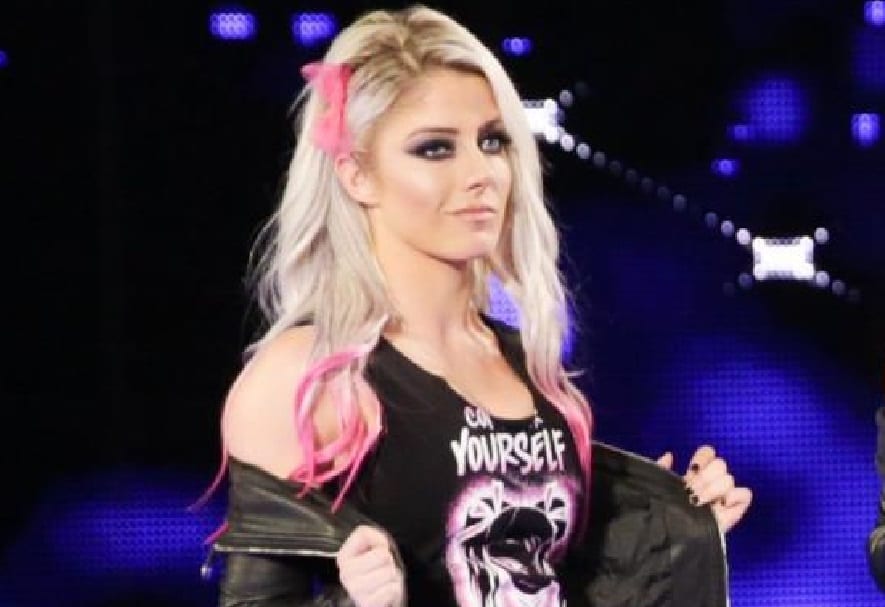 Alexa Bliss was taken out of action because she suffered too many concussions in a short period of time. It is an unfortunate trend in WWE as they continue to focus on the health of their performers in a more focused fashion. Mark Henry said on Busted Open Radio that Alexa Bliss is ready to go, cleared, and she could start back tomorrow. Unfortuantely, that is not the case.

Bryan Alvarez revealed on Wrestling Observer Radio that he has been told Bliss is taking it much slower than Henry led on. He also explained exactly what kind of bumps Bliss has been taking at the WWE Performance Center as she trains for her eventual return.

“What I heard about Alexa Bliss is she will probably remain out until Royal Rumble. Watch her wrestle next week on RAW, but anyway, that’s what I was told.”

“The Performance Center has a bunch of rings, but one of the rings they’ve got, the entire ring is a crash pad. So when you hear that Alexa Bliss is taking light bumps and that sort of thing, she’s not even bumping in a real ring right now. At least as of last week, she was taking bumps on the crash pad and they were making sure she could bump on a crash pad without I guess ending up with vertigo.”

He noted that it is a “bad situation there” where Bliss is concerned and later confirmed that she has not been cleared for an in-ring return.

Hopefully, she will make it back to the ring soon. In the meantime, she will still be on RAW and able to work the road in a non-wrestling role if the company wants her to. Her training is important though and she’s taking it step by step.

If Alexa Bliss must take bumps on a crash pad at the WWE Performance Center for the next couple of months, then so be it. The important part is that Alexa Bliss will make her return when she’s totally ready.