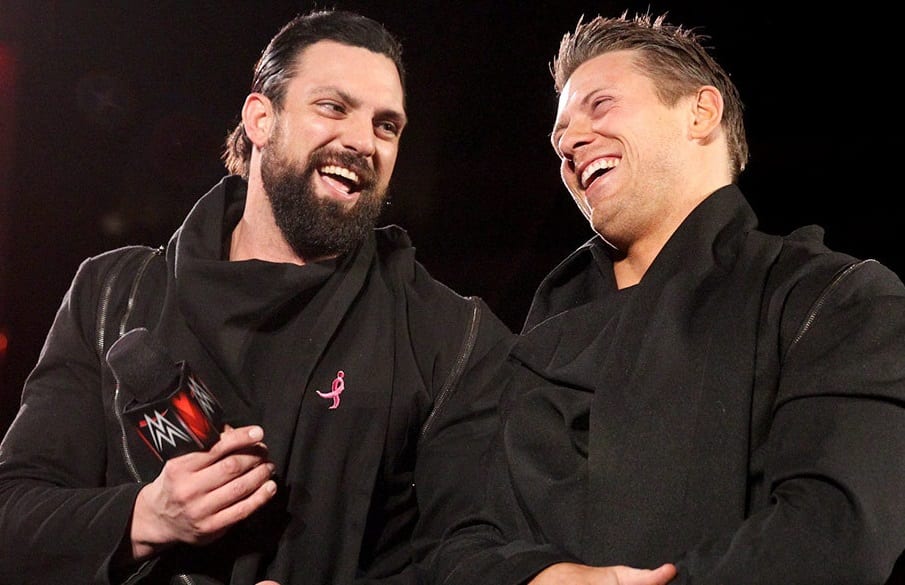 Damien Sandow followed The Miz around for a great run as his stunt double in WWE. The Miz is an A-Lister after all, so him having a stunt double only made sense. Sandow took that gimmick and the two of them made something pretty special out of it. Then WWE seemingly abandoned the idea one day and it was never revisited.

The former Mizdow spoke on an Ask Me Anything recently where he was asked whether he still speaks to The Miz. In giving his answer, he provided a lot of insight on what it was like working with The Miz before getting around to answering the initial question.

“We’ve always been friends in OVW we never had a cross word between us even when we were pre-Mizdow. You know everything else always fine, I had a great time hanging out with him. Were we like, super best friends? No, and you know what? We never really traveled together that much. You know he had his crew, I had mine, but we could always go to each other and I think professionally the timing issue that, is pretty magical.”

“I mean man, we just knew. That whole gimmick, you know people call it Mizdow, The Mizdow, yeah but there’s no Mizdow without Miz and we really did create something special, you know with the timing we had and just the fun we had was awesome and you know Miz deserves everything he has right now so I’m really glad to see him there doing well and [to see him] keep evolving as he’s doing, but staying true to who The Miz is.”

“To answer the question, sorry — I’d make a great politician, wouldn’t I? I totally talked for like 2-3 minutes and went on a diatribe and didn’t even answer the question. The original question: occasionally there’s a text, but usually you know if we see each other at an event like at [John] Morrison’s wedding. You know we picked up like we left off an everything’s great and I’m just really happy for him and his wife and his family and everything.”

The Mizdow gimmick was hilarious and rallied fans around Damien Sandow in a way that nobody expected it would. It’s just unfortunate that WWE didn’t capitalize on the organic momentum Sandow was receiving.

It’s nice to know that The Miz and Damien Sandow got along just fine backstage, and maybe if Sandow’s acting career keeps up they’ll be working together on a set again as costars someday.