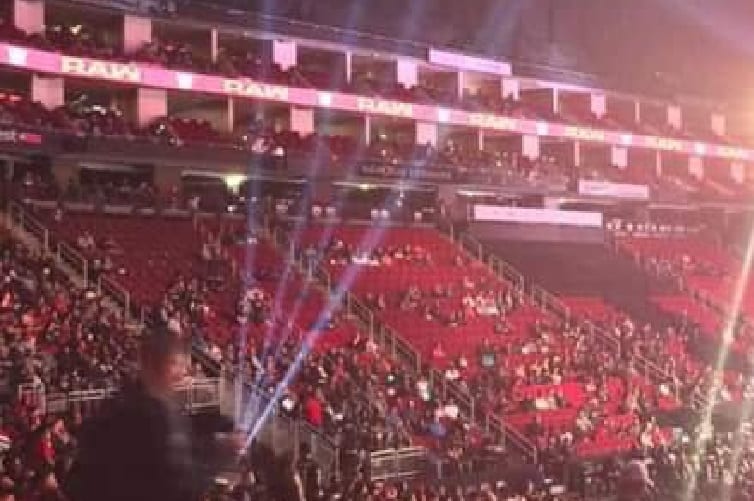 WWE uses a lot of tricks to hide the fact that they have a light crowd for a live television broadcast and it looks like they had to use a few of them last night on RAW. Because although it looked like a decent crowd on television, that was not the case at all in Houston.

As you can see by the photo below, there were a ton of seats left empty on the hard camera side of the arena. It wouldn’t be surprising at all to hear reports later on today that fans were moved to the other side so the arena looked more full, but it doesn’t look like RAW was a very hot ticket.

While we don’t have the exact numbers quite yet, it still isn’t a good sign of Houston’s interest in the WWE product. It will be interesting to see how many fans show up for SmackDown Live tonight in Austin.

It doesn’t appear WWE broke out the tarps to cover entire sections of the crowd, but as you can clearly see, Drew McIntyre was in the ring and there weren’t that many people for him to speak directly at while facing the camera.

This, unfortunately, falls in line with a recent trend WWE is having which is not a good one to have. Hopefully, they can pull the live crowd numbers up before they’re forced to just start booking smaller venues.