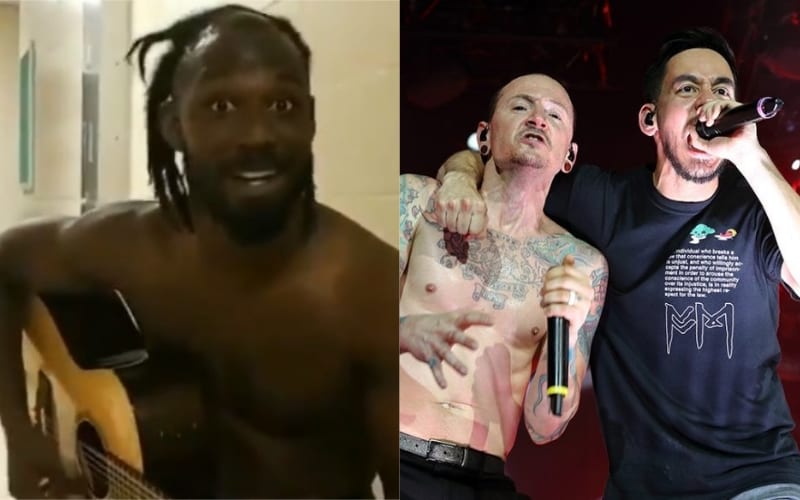 Rich Swann might have been best known for his high flying when he was a WWE Superstar, but he has since left WWE and is having a great time on the indies. He is also getting a lot more time to play guitar and that’s pretty great too because Swann is very good.

Swann can not only sing pretty well but he can also play the guitar after years of plucking at the strings. He’s been playing for a very long time and it shows. He also has a great taste in cover songs.

As you can see in this tweet below posted by Brian Cage, Swann was strumming along backstage at a recent show and he sounded great in that hallway playing “In The End.”

We’ve also included another video you can watch showing off Swann’s musical abilities as he sings a parody song about indie wrestling. But his version of In The End sounded great from the 14 seconds we got of it so here’s hoping we can hear the whole version sometime soon.