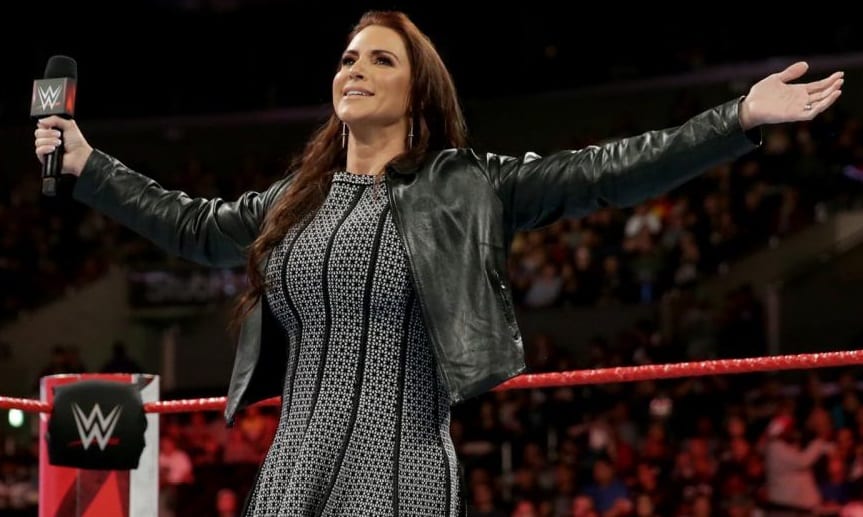 WWE Evolution was a big night for WWE’s Women’s Division. It marked the first-ever all-female pay-per-view and plenty of people were excited about it, especially Stephanie McMahon.

Planeta Wrestling initially asked Stephanie McMahon to disclose her top three moments in her WWE career. In the end, she only provided two answers. But in her responses, she plugged WWE Evolution and how important it felt. She even went as far as to say it felt like WrestleMania to her as she pegged it as her proudest moment so far with the company.

“My top three moments in WWE are a little hard to pick. Of course, for me personally wrestling Ronda Rousey at WrestleMania was a huge highlight for me. You know, it was her first-ever match. It was at WrestleMania and I’m just proud I could be part of that wrestling with my husband as my tag team partner. You know one of the greatest of all time. And of course, Kurt Angle, Olympic Gold Medalist that was definitely for me.”

“But the biggest highlight for me is [WWE Evolution]. The biggest moment is this moment in time that we’re all making happen together. It is, it felt like WrestleMania to me.”

Stephanie McMahon has been a part of several moments in WWE History and as time goes on she’s likely going to be a part of even more. It has to be hard for her to pin down three of her top moments on the fly like that though, so it’s understandable that she went with two recent events.

In all reality, Stephanie McMahon could talk all day about what she’s done in her father’s company from almost being crucified to getting speared through a table. Only time will tell if a shoot interview might be coming for the WWE Network, but WWE’s Cheif Brand Ambassador could make a fine subject.