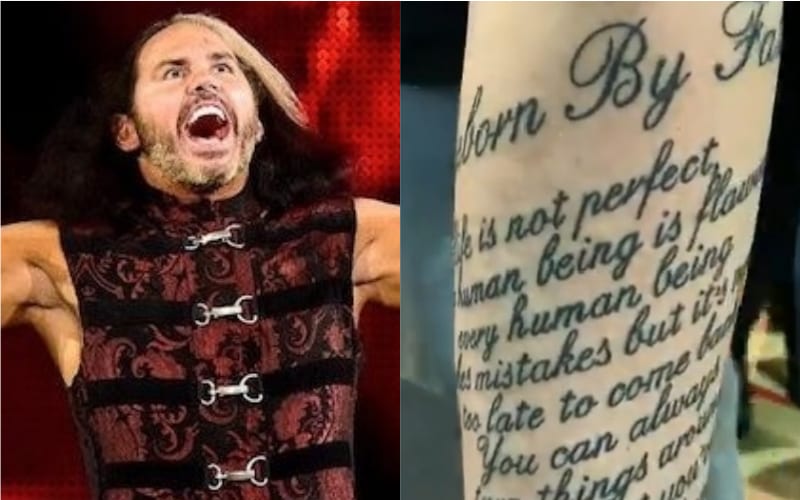 Matt Hardy has amassed a huge following through his career in the pro wrestling business. He has said a lot of things that are worth repeating, but one fan found the need to make sure he carries around Hardy’s words on him forever.

One fan that Hardy met at the Wales Comic Con had to show The Woken One something very special. He had tattooed Hardy’s entire quote from WWE 24 on his arm.

“A positively WONDERFUL tattoo of my quote from our WWE 24 Hardys Documentary,” Hardy wrote while showing off this dedicated fan’s arm. It looks like Hardy signed the bottom of it so this fan could probably finish off his piece by tattooing Hardy’s autograph on his skin forever as well.

It just goes to show that some Superstar moments can touch a fan on a level they might have never expected. If anything, it will give Matt Hardy something very special to remember his time at the Wales Comic Con other than the fact that Kevin Nash and Mick Foley assaulted an elf during the convention.

A positively WONDERFUL tattoo of my quote from our #WWE24 Hardys Documentary. #WCC2018 pic.twitter.com/3s4t5qVtIQ