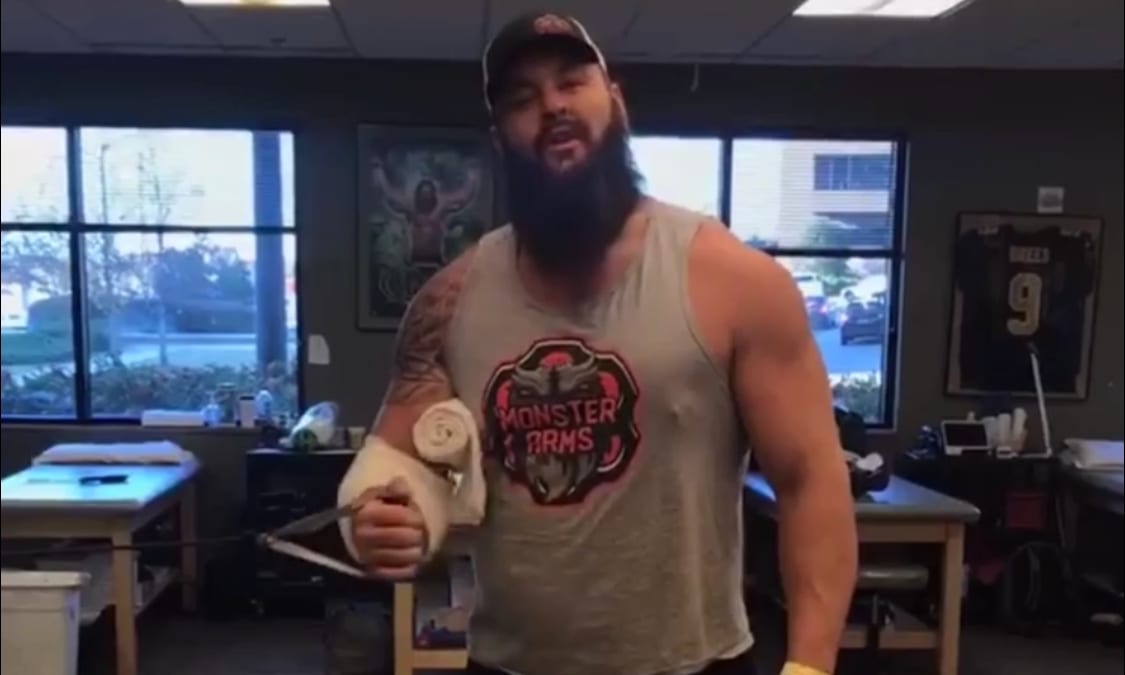 Braun Strowman is out of action with an injury and it might be worse than WWE would have liked. There is a possibility that Strowman could be missing the TLC pay-per-view on December 16th, but he’s working hard to make sure that’s not a problem.

We previously reported how Strowman’s unsure injury status might have helped play a part in why WWE RAW was so bad this week. Now Strowman is in rehab and he recently posted a short video on his Instagram profile to show off his progress so far.

He’s working his elbow and getting it back into shape. But in the meantime, he has some motivation because he promised to get revenge on Baron Corbin, Bobby Lashley, and Drew McIntyre upon his return.

He looks like one angry Monster Among Men so I wouldn’t want to be the nurse telling him to keep it up when it might be a bit painful to carry on but he’s been through worse pain before.