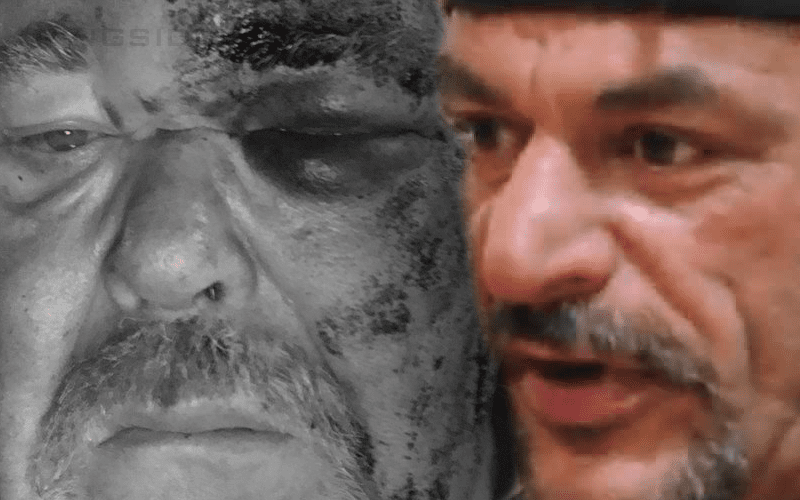 Jim Ross recently took a very bad fall and messed up his face in a few very awful ways. He was pretty much unrecognizable right after his fall when he shared a picture of his bloody face but that’s only the beginning of this story.

Sabu tweeted back at Ross shortly after saying that he hopes the WWE Hall Of Famer dies and he also had a slew of other things to say as well.

Eventually, things calmed down for Sabu though as he seemed to clarify his statements today. It turns out that he doesn’t hate JR, but it didn’t make Ross’ fall any less funny to the ECW Original.

“It goes way back but I was just poking fun at JR. I really don’t give sh*t I just seen he got hit in the face by a 2×4 so I made fun of him .then it reminded me how two-faced he is and now it looked like he really has 2 faces lol,” Sabu tweeted out.

So it seems like Sabu might still think that Jim Ross is two-faced, but that might not change. You’re also probably not going to keep Sabu from speaking his mind and hitting the send button without really thinking much as long as he was a Twitter account.