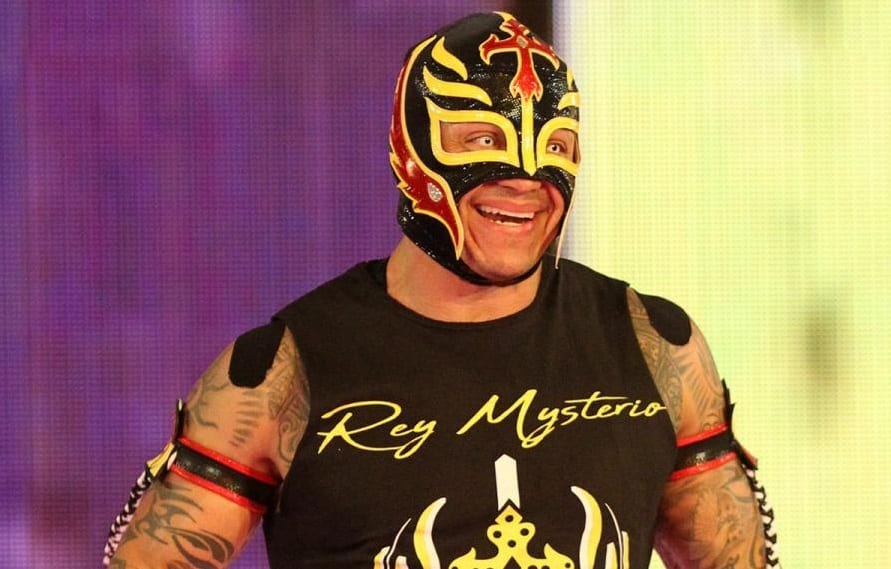 Rey Mysterio’s career has brought enjoyment to millions of fans all over the world, but everything good must come to an end, even if it’s great. He has sustained a number of injuries over the years as well and all of that work on his knees has taken a toll on WWE’s most famous luchador.

Lilian Garcia asked Mysterio during Chasing Glory if he feels like he’s in the final stages of his career and his reply was something that some fans might not like to hear. After such a hard career wrestling all over the globe, Mysterio apparently plans to hang up his boots in just a few years.

“I’m definitely getting close to shutting down sometimes in the next couple of years. I definitely don’t see myself going past five years. That’s without a doubt you know and I just wouldn’t wanna do it for the sake of my body and what I’ve gone through.”

But if you’re worrying about Mysterio’s money situation it sounds like he’s good at home when it comes to finances. He went on to discuss how his wife plays many roles in their household including accountant which she has apparently done a great job of over the years to make sure that Rey’s cash flow is well maintained.

“You know I think I’ve done the work at home and I’ve brought the money in and my wife has been very smart to administrate everything at home. She’s been a wife, a mother, a friend, and she’s been my accountant all these years and my administrator and she’s known how to handle the money and how to invest and how to move it around in the right direction.”

“I don’t want to have to keep doing this because I have to. I wanna keep doing it because I love it and you know I still feel like I have a little bit more to give to the audience.”

After nearly thirty years in the professional wrestling business, Mysterio’s career has amassed millions of dollars and it’s good to know that money has been taken care of. This is one thing that should ease the mind of any Mysterio fan as he reaches the end of his career.

But at this time, Mysterio’s road with WWE isn’t over yet. In fact, he’s just beginning a new two-year deal with the company. Hopefully, he can stay healthy and maintain his performance levels at what they are today. It would also be incredible so he could influence and be able to work with even more younger talents during his latest run to help cultivate and teach as many people as possible during what could be his farewell stint in WWE.