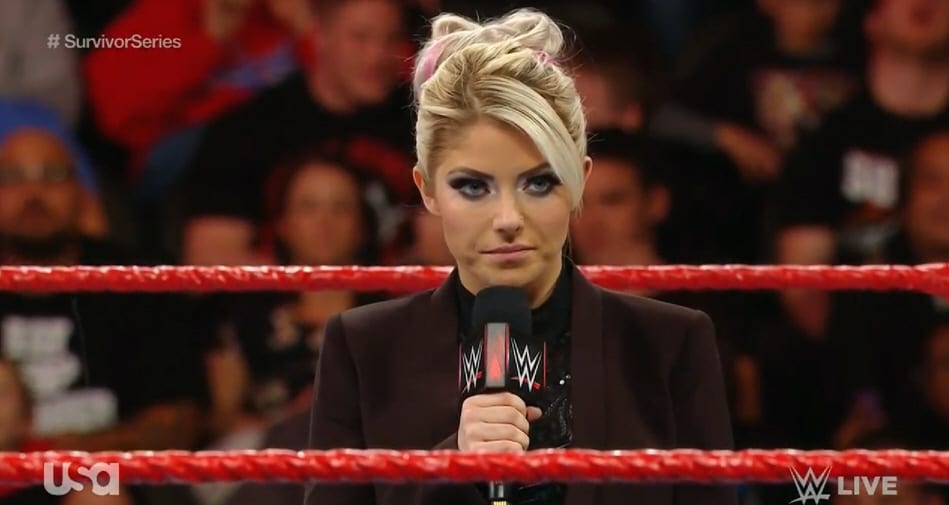 Alexa Bliss has been out of action since before WWE Evolution and she had to miss the pay-per-view and Survivor Series after suffering another concussion after she’s had so many. She’s just another along with Becky Lynch and so many more who are shelved for precautionary reasons.

WWE doesn’t play games with concussions and it’s a serious process to get Bliss back in the ring. But she wanted to make it very clear again that she’s not retiring. Someone asked her on her Instagram about retiring and that seemed to be news to her.

“I did? I’m retiring? This is how you tell me?!” she followed up by saying “sure sure.. I’lll be back in the ring soon. Thank you tho.”

It should be noted that she was putting some doubters in their place at the same time so it’s just typical Five Feet Of Fury. She could do any number of things on WWE television and has been rumored for consideration as RAW GM after Baron Corbin loses the gig. But if I were a betting man we’ll see Bliss wrestle again when the time is right. 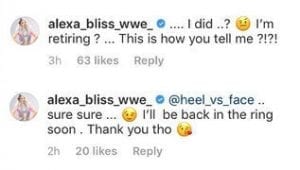