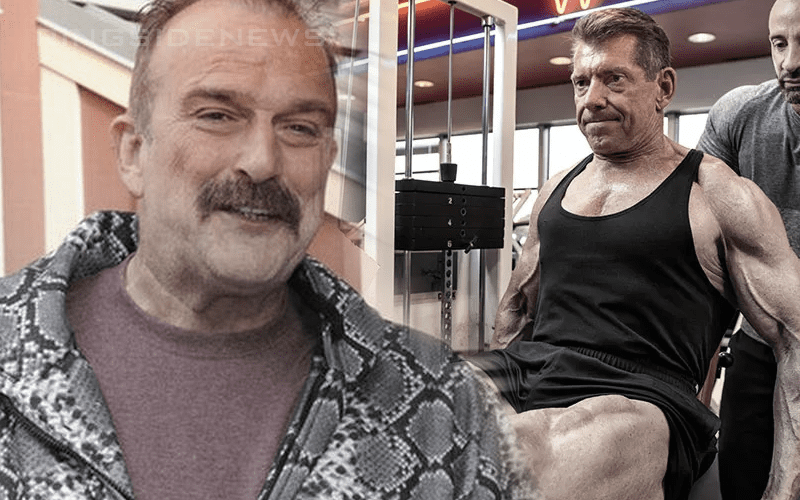 Vince McMahon is known for being extremely wealthy and intelligent about how to run a pro wrestling company. He is also known for how incredible well-toned his physique is. But as one WWE Hall Of Famer commented, McMahon might not get those results all on his own.

“There’s something about growth hormone that just continues to work,” Jake Roberts said on the Joe Rogan Experience. Rogan commented that he thinks there’s a lot more going on than just HGH and Roberts replied, “I’m sure there is, stacked with this, stacked with that, a cornucopia.”

They continued by praising Vince McMahon for working so hard and going nonstop at 73 years of age. Rogan even knew his WWE history well enough to comment on how boss it was for the boss to run in at the Royal Rumble a few years ago and blow both of his quads out when he got to the ring and still sit there and continue with the segment.

But as for how Vinny Mac continues to look so jacked, if you ask The Snake and Rogan, he’s getting a little help.