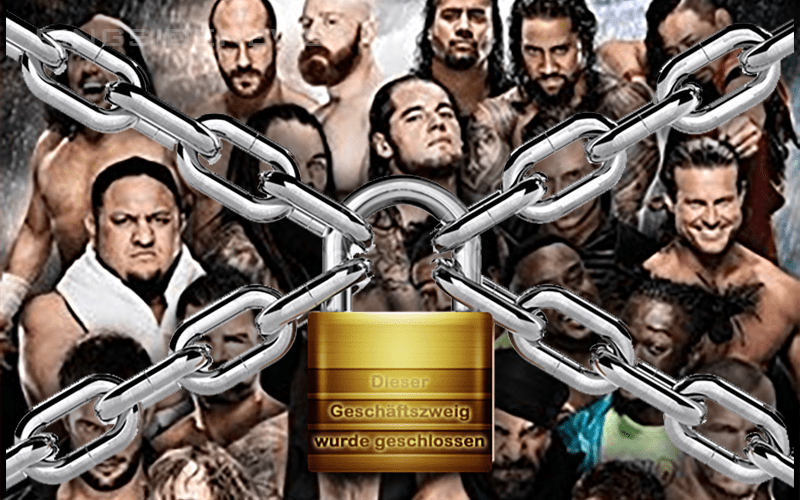 There is a lot going on in the world of pro wrestling right now but that’s really nothing new if you’re doing the job right. But when trademarks were discovered registered by The Elite which pointed toward a pro wrestling promotion, people kind of lost their minds for a bit. But All Elite Wrestling could still be on the way in some form or fashion.

The reality of the situation that registering trademarks is a step in the right direction but a television deal means that they are going to actually be able to achieve something. They obviously realized this is crucial to success as well which could be why nothing has been announced yet.

While this information is still premature to get really too excited about until a media deal is reached, it could still have some ramifications in WWE. Bryan Alvarez ranted about this newly proposed promotion on Wrestling Observer Live where he made the points which we have previously discussed. He also brought up a very good point that WWE might be even more adamant about securing top talent at this point just because this new hot company could be a possibility.

This is yet another only time will tell kind of a story which is typical in pro wrestling because it never ends. But whether or not Cody, The Young Bucks and the rest will be able to get ahold of a media deal is another story and could be very complicated as those deals always are.

Jim Ross and Chris Jericho were also rumored to be part of the promotion but neither has admitted to being involved. So we’ll keep you updated as we hear anything, but at this time it’s still a developing story. But a developing story can become a reality which is something WWE is most likely preparing for as many of their Superstars could do just fine on the indies and perhaps, they realize that at this point.