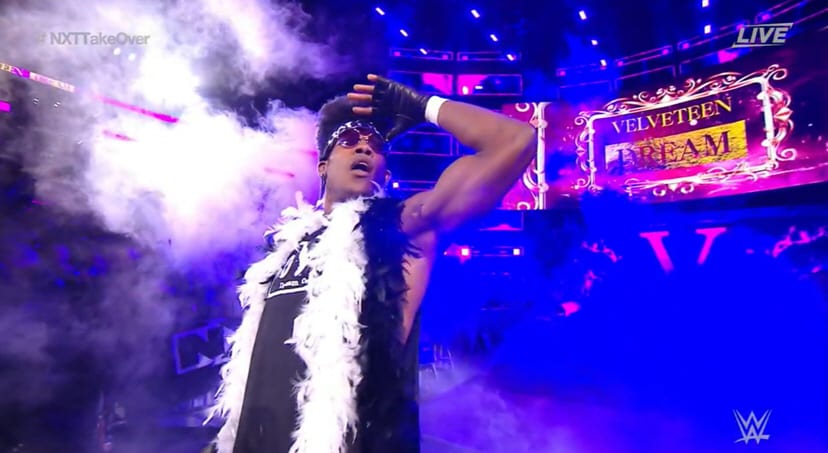 Velveteen Dream was fighting for the NXT Championship at NXT TakeOver: WarGames and he came out looking like a champion before the match even started. Dream was wearing black and white looking just like Hollywood Hulk Hogan.

Hogan, of course was suspended from WWE for the longest time after he was recorded using the N-Word and admitting that he is “racist to a point.” He recently came back to WWE at the Crown Jewel event and the Saudi Arabia crowd was more than happy to see him — but he hasn’t made an official return in the United States just yet.

But if you ask Velveteen Dream, he’d probably be cool sharing a locker room with Hollywood Hulk Hogan. Of course, he also dressed like this because NXT TakeOver: WarGames took place in LA and Hollywood is within shouting distance. Dream also loves the glitz and glamour of Hollywood.

Velveteen Dream has turned heads before with attire that looked somewhat like what Hogan used to wear in red and yellow with “Call Me Vince” on the back of his tights. But it was certainly an unexpected nod to a legend at NXT TakeOver: WarGames, 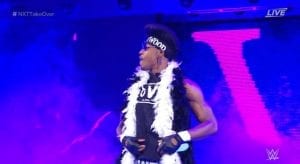 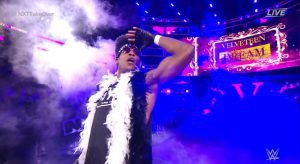 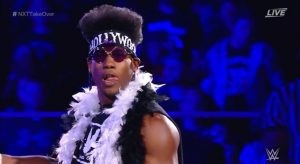 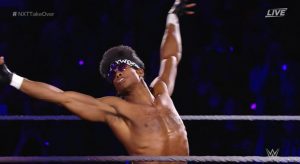 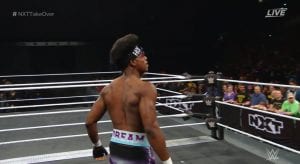