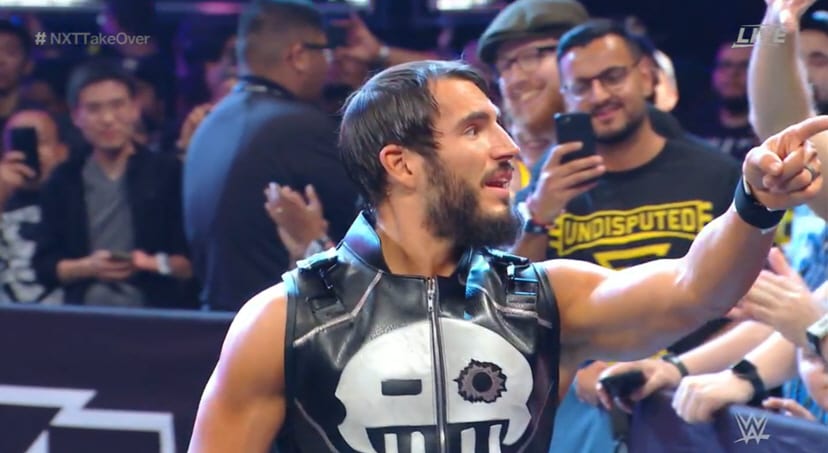 Johnny Gargano has snapped in a lot of ways and we saw a war at NXT TakeOver: WarGames. He and Aleister Black took each other to the limit and the NXT Universe saw a great match with Black winning an exhausting contest in the end.
Triple H took part in a post-show interview after the TakeOver show where he was asked about the new Johnny Gargano. While comparing him to a pit bull, Triple H said that an unhinged Gargano has a lot of potential but he’s at a point where you never know what he might have in him next.
He said that Gargano is a danger to the rest of the NXT roster at this point. There were a few times during his match against Aleister Black where he appeared to lose it and he’s already at his breaking point. Apparently, Triple H event hinted that there could be more to come.

“His hero role hasn’t been panning out for him for a long time. I don’t know where this is going to put him and a guy that’s spiraling down and out of control. I don’t think we’ve seen him hit bottom yet. I wouldn’t want to be the rest of the roster with Johnny Gargano.”
“He’s a smaller guy and he’s a bit of an underdog, but he has a dark side and when that dark side comes out he is a pit bull and if we haven’t seen that true full side of Johnny Gargano then when we do it’s going to be something different.”

Cathy Kelley said that Gargano makes it dangerous for the rest of the NXT locker room and Triple H whole-heartedly agreed.
If I were a betting man the longer Johnny Gargano spends in NXT will mean the more character development we will witness. Hopefully, he’ll be able to complete his character in time for a main roster move sooner than later where he’ll be treated appropriately as an incredibly popular and fully developed wrestler.
If you use the quotes in this article credit Ringside News