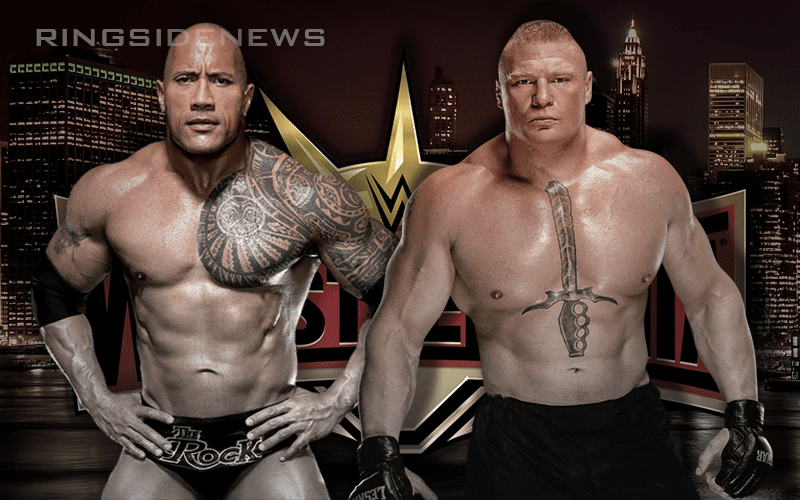 WWE SmackDown Live Superstar The Big Show was recently a guest on Poppin’ Off by Yahoo! Sports, where the former World Heavyweight Champion answered a series of questions whilst competing in a game of Hoops to see how he scored against several other famous athletes.

In promotion of WrestleMania 35, The Big Show stopped by the show to discuss a number of topics- which included the upcoming show itself, Ronda Rousey, sumo wrestling, and Show also reveals what the hardest thing he’s ever been hit with is.

While you can watch the video down below, we will also have a transcription of the questions and answers below. The questions are asked by the host as Show simultaneously has to work on getting a high score on the Hoops game while answering as many questions as possible.

The hardest object he has been hit with?

What is a normal activity that is hard for him to do?

Which athlete does he feel is most likely to move to WWE?

What sport would he play if he didn’t wrestle?

What is his cheat meal?

What is one of his hidden talents?

What is his favorite arena to wrestle in?

What is his favorite meal to cook?

Who is his favorite tag team partner?

What is his favorite sports-based movie?

Who is the smelliest Superstar he has met?

For clarification on the sports-based movie, Show was referring to the 1986 film ‘Hoosiers,’ which had been written by Angelo Pizzo and told the story of a high school basketball team.

After all was said and done, Show made the top ten list, mixing it up with some of the largest names in all of sports. You can watch the video below to see Show struggle to answer as he fights for a high-ranking position.

Show didn’t stop answering questions here, however. He would be asked more complex questions that required longer answers, now that he could focus without having to play the Hoops game in the background.

What is the craziest thing he has ever done to his body for the love of sports entertainment?

“Comfortable? No. If I passed gas, I’d probably sound like the Queen Mary.”

How was the experience overall for him?

“Overall, the experience was very educational, unique, and really, it’s a hand-fighting art. There is a lot of symbolism that goes into it with the stomping, with the waking up the spirits- there is a lot of heritage with the sumo, which, you know, was very cool.”

What can fans expect from WrestleMania 35?

“I mean, this is WrestleMania. We’re basically at home in our backyard. We’re at the MetLife arena. There’s gonna be people from every country in the world here, but the actual event itself- there’s not really a word I have to describe how big it’s gonna be.”

With the Vegas odds now live with The Rock vs. Brock Lesnar as the favorite, if it does happen, does he like The Rock’s odds of defeating Lesnar?

“The fans are saying that it could be Rock vs. Brock. I like The Rock’s odds a lot. I like them very much. I think he was a great Champion when I knew him. He’s in tremendous shape now- he’s always in the iron paradise, wearing all that cool gear he hasn’t sent me any of…buddy! But yeah, I’d pick The Rock over Brock.”

What has Ronda Rousey brought to the women’s division?

Would a Lynch/Rousey main event for WrestleMania interest you? Were you ever aware of how complex sumo wrestling was? Let us know your thoughts, opinions, and reactions in those comments below.