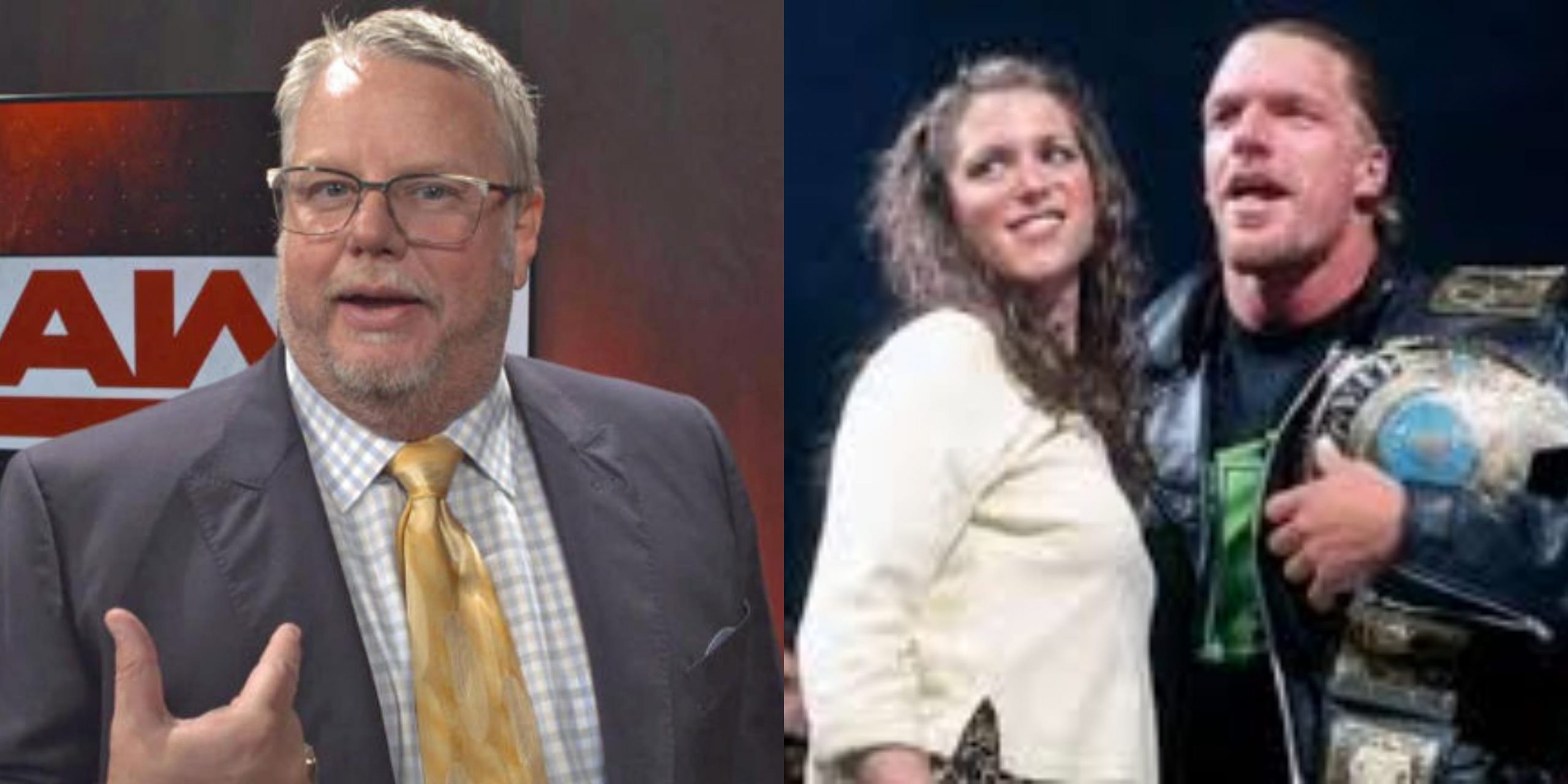 Triple H and Stephanie McMahon were involved with each other on-screen and in a lot of ways got to know each other in the ring and behind-the-scenes. After trying hard to get with the Boss’ daughter, it finally paid off for Triple H.

Bruce Prichard recently discussed Triple H and Stephanie McMahon’s wedding during Something To Wrestle With including an embarrassing episode that Michael Hayes had during the reception. But the moment he found out that the two were an actual item was at a place he would have never expected — an XFL game.

“We are watching everything go on in rehearsals and they had to kiss on-screen and had to be husband and wife on-screen and it’s like, man, if he isn’t careful he is going to work himself into a shoot here. That was probably January 2001 when I first noticed it.”

Triple H and Stephanie McMahon’s marriage is 18 years going and still strong. They have 2 daughters and currently have a huge controlling part in WWE’s future. But it all started for Bruce Prichard when he noticed the two getting close at a football game at a company owned by Vince McMahon. With the XFL coming back in 2020, who knows what could go down there?