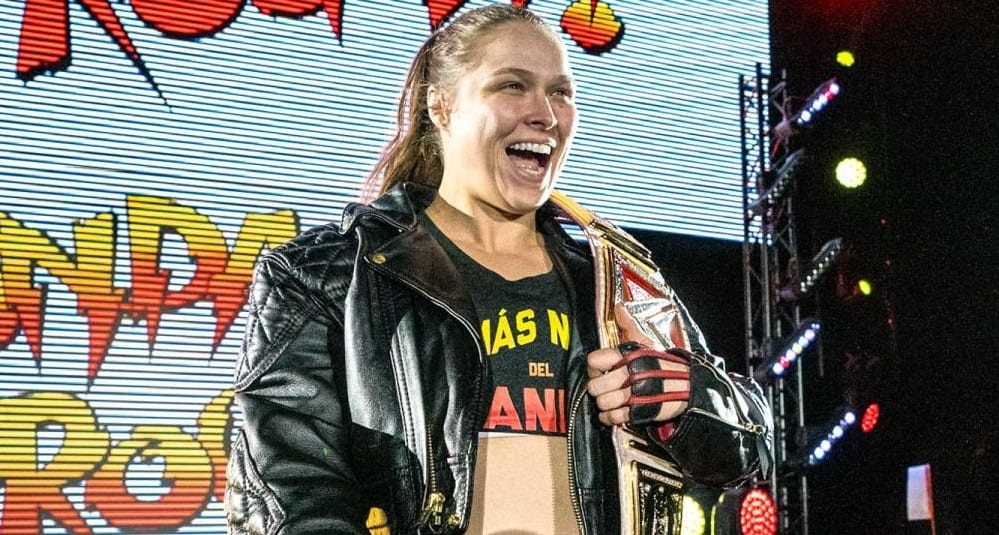 Ronda Rousey came into the WWE Universe at the conclusion of the Royal Rumble event this year and plenty of people took notice. MMA fans who hadn’t watched pro wrestling in years if they ever did were tuning in to see Ronda Rousey on WWE. Everyone wanted to see how she would do and she’s done quite well for herself so far, but she is still challenged with trying to keep her MMA fans happy.

The Raw Women’s Champion recently spoke to The PWI Podcast where she revealed that she has a difficult task of keeping both MMA and WWE fans happy with what she does in the ring. In fact, there are certain things she would like to do but can’t because she doesn’t want to lose the fans who she brought over from the MMA world.

“I think the most challenging thing to transition is to make everybody happy in a way. You have your die-hard WWE fans that you have to make happy but then I also have my own fans I have to make happy and a lot of them are very new to WWE.”

“So I had to think about with every single time I go out there I have to make everything appeal to people who are die-hard fans and new fans. So it’s kinda like finding that balance between the reality and the disbelief so it’s like how much can I make really believable?”

“It’s a fine balance because there are certain things, certain trademark pro wrestling things I would love to do but I’m worried that a die-hard MMA fan watching WWE for the first time might roll their eyes at it, you know so there’s a huge variety of people watching that I have to cater to all at the same time. So I think that’s been a very big challenge, you know?”

“There is no one type of person that’s watching it’s every type of person and then it’s hard to find something that appeals to everyone all at once.”

Ronda Rousey is a huge celebrity and her name is known outside of WWE as well. But as her time progresses in WWE, she might get the chance to do a few of those “trademark pro wrestling things” that she talked about.