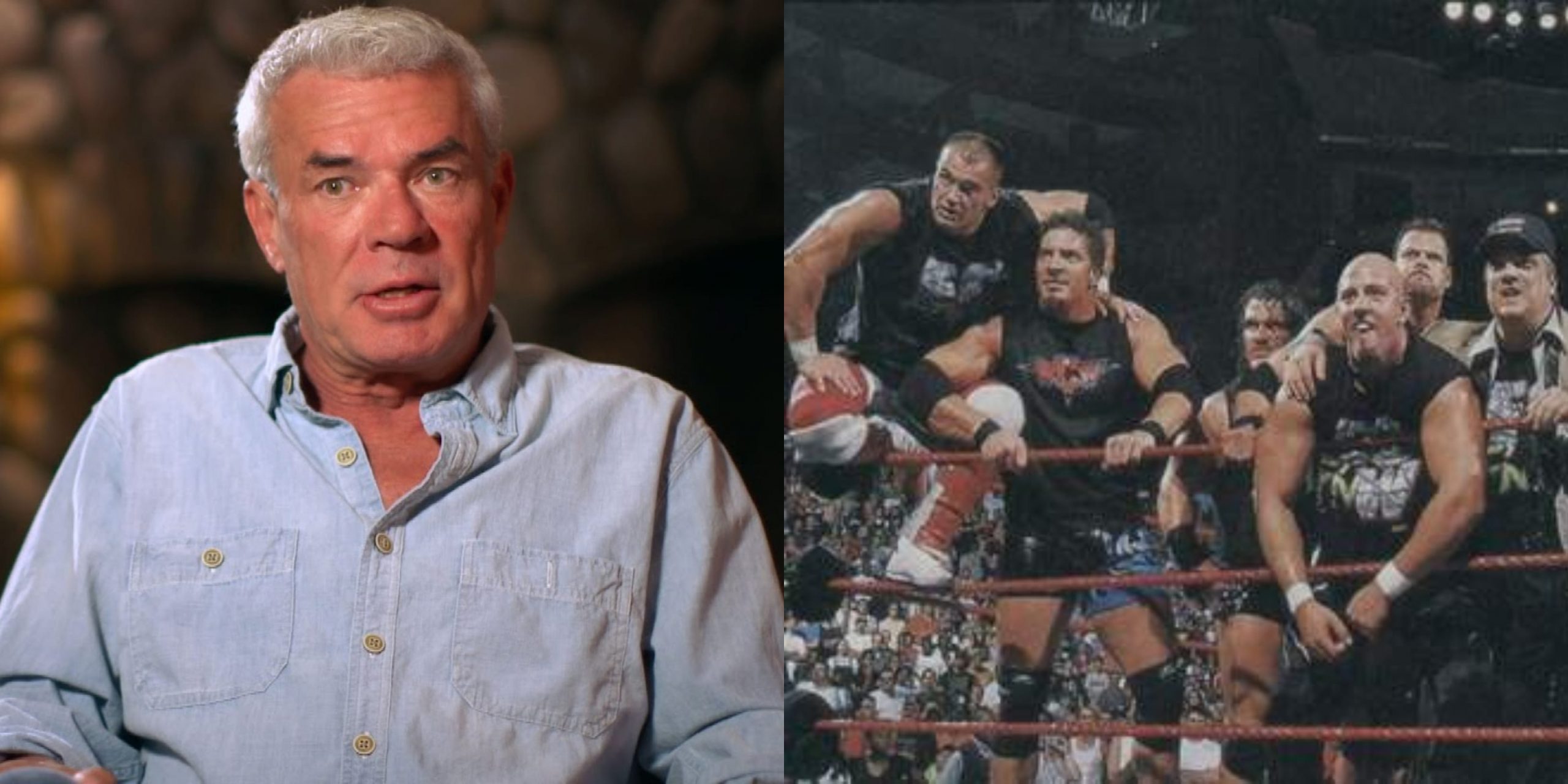 Eric Bischoff led WCW Nitro in a war with WWE throughout the boom in the 1990’s that pro wrestling experiences. But when Bischoff got a call later on from WWE to come in for an angle, he said no because it was very short notice and he had a house full of guests arriving for a 4th of July party.

The former head of WCW said on 83 Weeks that Jim Ross called him up and said that they had a plan for him, but it wouldn’t tell him what it was. As we previously reported, Bischoff was certain that JR held resentment toward him for supposedly firing him from WCW years prior.

Bischoff said that he doesn’t blame JR for not disclosing that they were offering Eric a spot in the Invasion angle. He didn’t know what Bischoff could have done with that information. But Easy E continued saying that “if he would have even hinted that there was this plan for an Invasion angle I would have f*cking hitchhiked to TV.”

He went on to say that if he would have been told what WWE’s plan for him was then he would have done it because: “This can work, this is a big deal.”

“This is not just, ‘Oh let’s have Eric show up and pretend he’s the ice cream man in the audience and let’s see if that works.’ That would have been a big deal. And it would have been one that I could have pulled off very well. Just given our history and our relationship and all that. I’m not saying I’m the greatest performer in the world but it was a natural kind of like Steve Austin it was organic people will get with it.”

Bischoff said that if he would have been told, then he would have apologized to the guests who flew in for his 4th Of July party and they would have understood. But as time told, he said no because JR didn’t tell him what was up with WWE’s plan. If he would have blindly accepted WWE’s idea, the Invasion angle might have been something that we talk about much differently today.