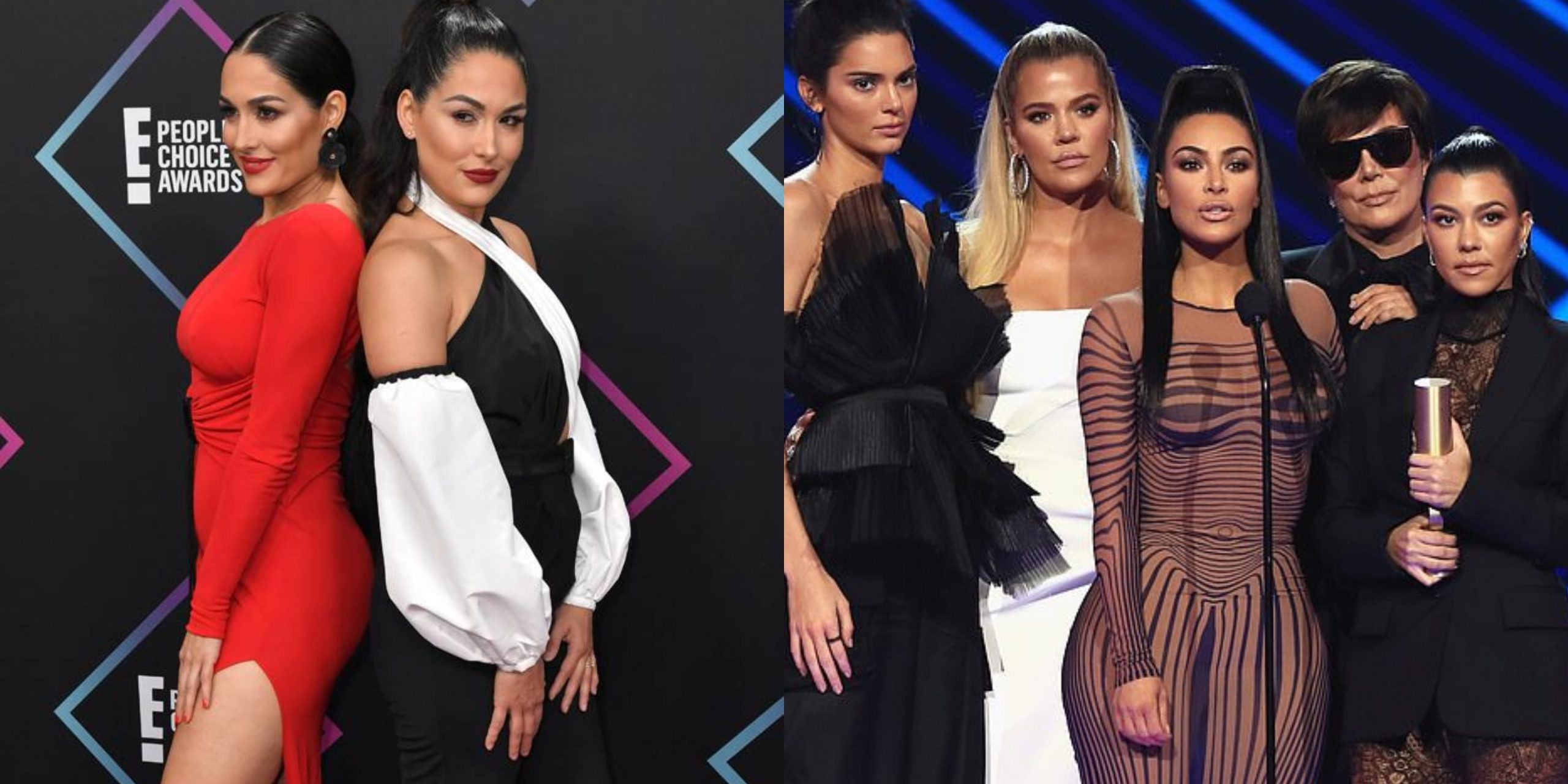 The Bella Twins are very famous for their time in WWE but their reality television shows have certainly helped gain them a ton of exposure with the rest of America. There is a rich history of families on reality television, but some people consider The Bellas encroaching on ground previously held by The Kardashians.

“I think what would be really good is the Kardashian sisters,” Nikki Bella answered E! on the People’s Choice Awards Red Carpet when asked who she would love to face in WWE.

Brie Bella followed up by saying: “The Kardashians vs The Bella Twins, I think that’s a good match.” The crowd behind them seemed to enjoy hearing that because they cheered like crazy as soon as the Bellas namedropped the Kardashians.

Only time will tell if WWE will be able to book this match. But in all reality, pro wrestling fans might not be too accepting of this kind of booking. It would obviously be an attention-grabbing moment for WWE as they host huge stars wrestling in their ring. But does it really need to come to that?