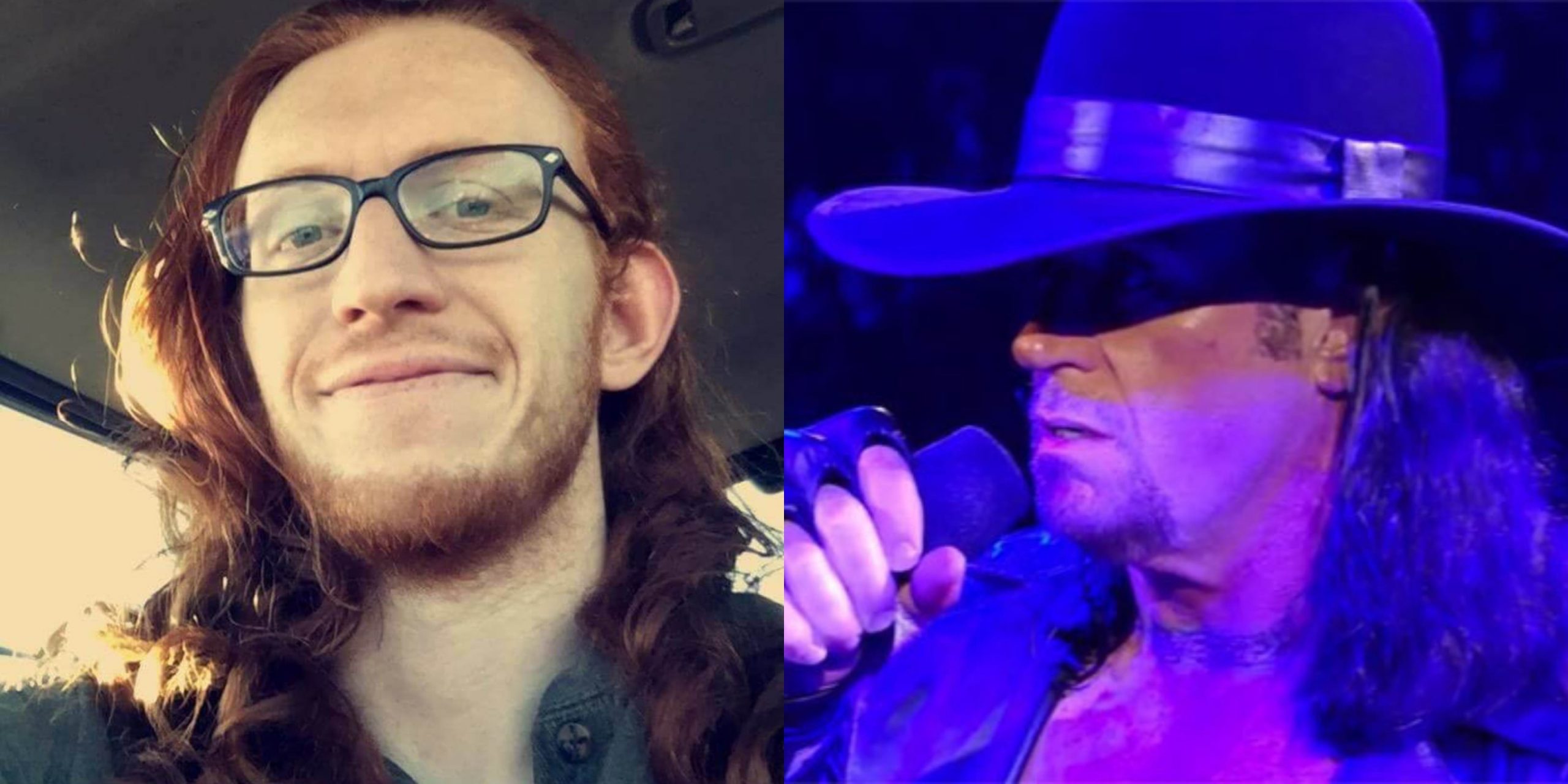 The Undertaker is one of the most legendary names in professional wrestling history. WWE is full of second and third generation Superstars at this point who carry on their family legacy, but there very well could be one more.

Taker is married to Michelle McCool and they have a daughter but The Phenom also had a son named Gunner in 1993 from a previous marriage.

Gunner attended Full Sail University which happens to be the same campus where NXT films their television show at Full Sail Arena. But it turns out that location might not be the only thing convincing Gunner to try his hand at the profession his father became a legend in.

While speaking to Chandler Sorrells, The Undertaker’s oldest son revealed his interest in walking in his father’s large footsteps. He said that he’s tried out for a lot of sports but nothing piqued his interest because he can’t eat nachos and play sports at the same time even though he does enjoy hiking and rock climbing. Then the question turned more toward his possible future in the squared circle.

“Yeah, I say as a kid definitely you see it so much you’re like, ‘How cool would that be?’ In my eyes, it was like being a superhero. You know I tried to [go to shows] I tried to but most of them fell on a school night but as a kid definitely. As I got older into the teenage you wanna be independent and find your own interests so you know in my young adult life I kind of strayed away from it. Tuned in only it’s necessary.”

“But now I went to Full Sail. I got my Bachelors as a video game artist so that’s kind of the path I’m setting for myself. I’d like to within the next 5 to 10 years — I’d love to be an artist for a team like a production company for video games and somewhere I can use my skills. I’d love to own my own indie company and just call out to all the artists and creative people and make our own games just to see what happens. That would be great if I can work and lead my own company and travel. Pack light and do what I like to do all around the world. That’s kinda always been the dream that allows me to do something that allows me to travel.”

Gunner said that he wasn’t able to go to any of the NXT television tapings because he was so busy with his undergrad work. But he does know some people who worked on those shows so he saw a behind-the-scenes look of it.

It might be hard to follow in your father’s footsteps, especially if your dad is The Dead Man. But it sounds like Gunner has a plan for his life thanks to Full Sail University which he stressed had no play in his college decision in spite of the fact that NXT started up there around the time he started his college experience.