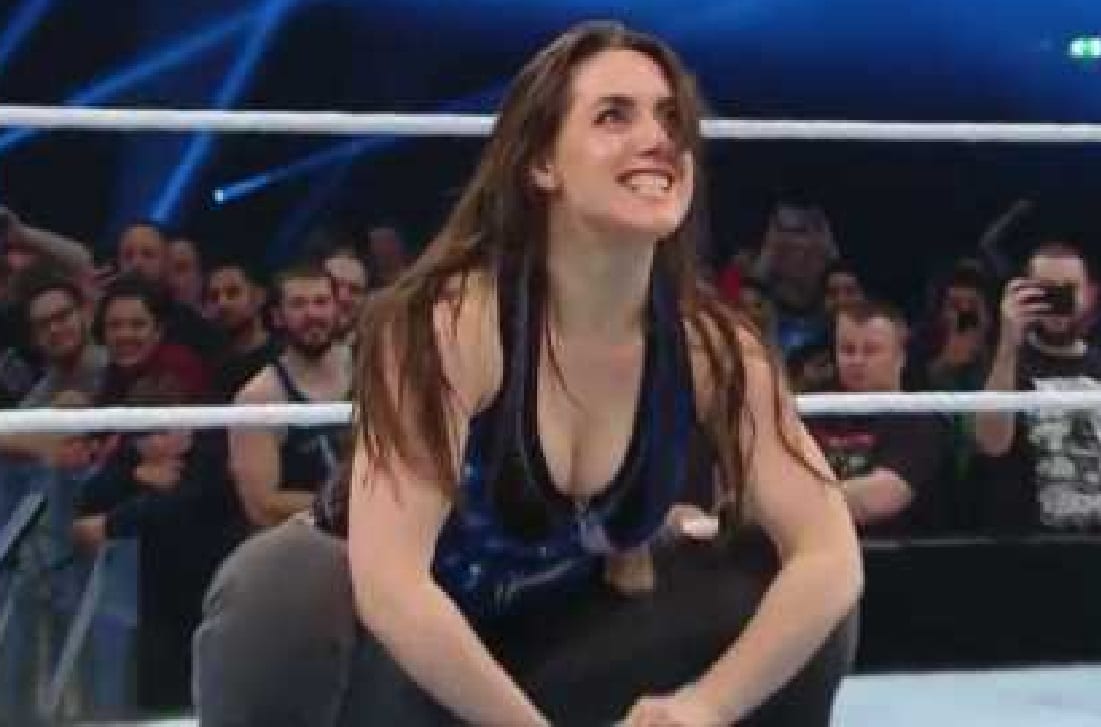 Nikki Cross shocked us all this week on SmackDown Live when she accepted Becky Lynch’s open challenge. She wanted an opponent and then NXT’s Twisted Sister answered the call. But is she still property of NXT? There could be some conflicting proof regarding her actual status.

During the commentary for their match, they seemed to be introducing Cross to the WWE Universe by explaining her motivations, alliance with SAnitY, and some of her backstory. This is usually done for Superstars that they expect to have around.

WWE’s official website does not list Nikki Cross as a SmackDown Superstar just yet. However, the video on their website certainly said that Cross made her SmackDown Live debut. The description reads: “Can the unhinged Nikki Cross defeat the SmackDown Women’s Champion in her Team Blue debut?”

Whenever a Superstar is called up to the main roster there will likely be at least one NXT farewell tour. This has been the general ritual for many Superstars so they can have a chance to address a local Florida crowd at least and thank them for supporting NXT. So while Cross might still appear on a couple NXT events she’s scheduled for, we’ll cross our fingers and hope that Nikki remains on the blue brand.

Only time will tell what WWE has in store for Nikki Cross. After all, she couldn’t have defeated Becky Lynch in her current story Survivor Series build to face Ronda Rousey. But, Cross certainly took The Lass Kicker to her limit.

At this time, it might be sort of a mystery so we’ll just have to wait and see. But we’ll include the video evidence below so you can pick it apart and make your own theory.