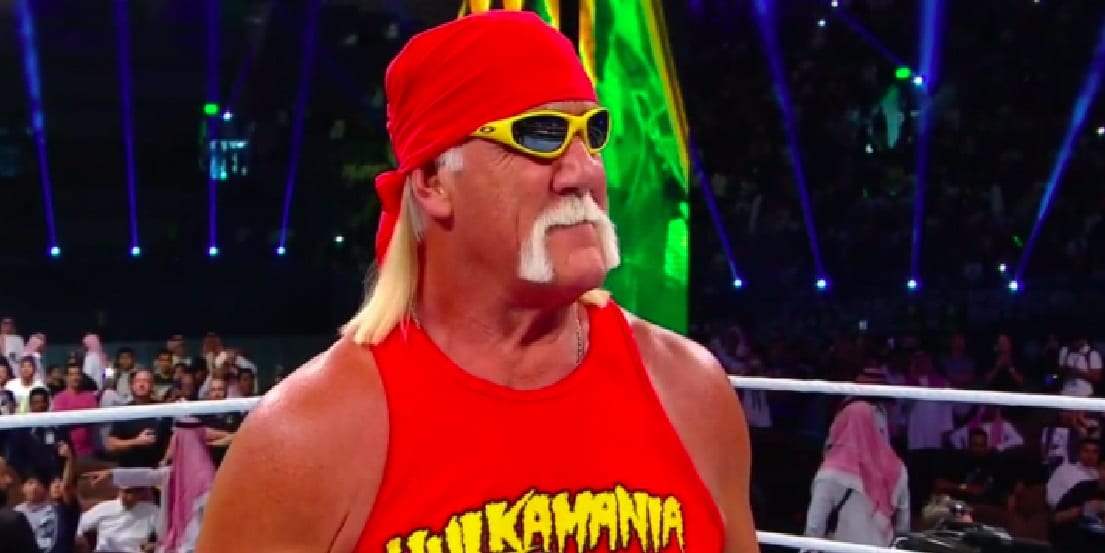 Hulk Hogan left WWE in the midst of a terrible situation where audio of him using the N-word was released along with him admitting that he is “racist to a point.” That audio led to his suspension from WWE, but he returned to the picture at WWE Crown Jewel as the host of the event.

But since Crown Jewel and that big Saudi Arabia pop from the crowd, WWE hasn’t mentioned The Hulkster nor did they acknowledge his return on Raw or SmackDown the next week. It turns out there is a very good reason for this because the WWE social media team has been told not to mention Hulk Hogan once again.

Bryan Alvarez expanded on this during Wrestling Observer Live where he admitted that he knows the social media team has been told to treat Hulk Hogan like he doesn’t exist. Only time will tell how long it will be until WWE lifts that ban once again.

“The social media department has basically been told zero Hulk Hogan. Not saying he’s not going to be back again. I think that they’re just biding their time and he’s going to do his big return again this time on a show in the United States. But boy did he drop off the face of the Earth after that Crown Jewel show.”

Hulk Hogan got an amazing reception from the Saudi Arabia crowd at WWE Crown Jewel. It might be interesting to see how a crowd in America might receive him, but it looks like WWE is going to wait it out until that time comes.