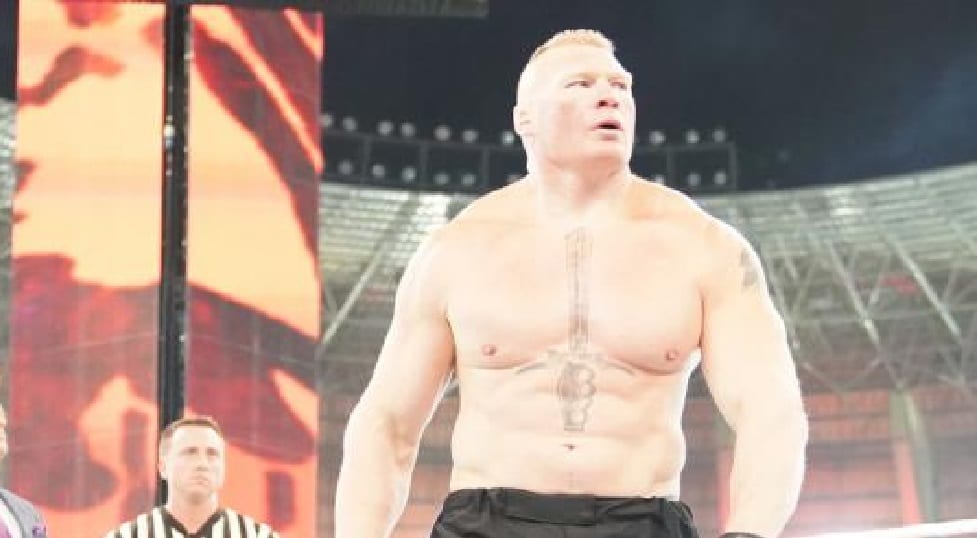 Brock Lesnar has the kind of WWE contract that most Superstars would dream about. He gets to work a minimal amount of dates and makes a truckload of cash in the process. He also gets to compete in the UFC if he wants to as well which is something Vince McMahon wouldn’t allow any other Superstar to pull off.

Lesnar’s name still has a ton of drawing power and booking him as a part-timer like WWE has created a special attraction feel around The Beast Incarnate. But it’s interesting to note that following Survivor Series, Brock Lesnar isn’t advertised for any WWE events.

Of course, WWE can always announce a Lesnar appearance the day of Raw if they want to or just fly him in for a surprise. But he’s not even advertised for the Raw after Survivor Series at the Staples Center which one would think WWE might do if they want to move tickets faster.

Brock isn’t booked for TLC and the Royal Rumble event is also said to be questionable. But only time will tell how many dates Brock Lesnar will make for WWE as part of his most recent contract extension.

The Wrestling Observer Newsletter noted that the belief is that Lesnar signed a new secretive deal on October 18th (4 days prior to Roman Reigns’ leukemia announcement.) So hopefully, WWE has a plan for the 2-time Universal Champion.

As we also previously reported, Lesnar is booked for WrestleMania at this time. But let’s hope we see him again before then. After all, it might be hard to have a Universal Champion that we don’t see for the next 6 months.