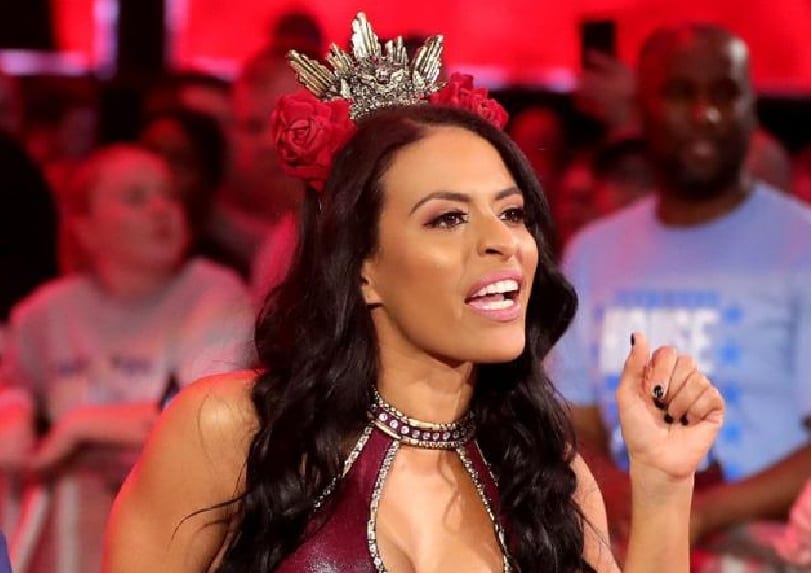 Zelina Vega was placed with Andrade Cien Almas in NXT and after that, his character seemed to experience a second life. He became NXT Champion and was soon called up to the main roster.

Although Almas hasn’t been given much of a push, he has excelled in the ring and put on some amazing matches against Daniel Bryan and Rey Mysterio just to name 2 notables occurrence. But after Vega suffered an injury at WWE Evolution, as we previously reported — it threw a monkey wrench into their plans when she was pulled from the road.

The Wrestling Observer Newsletter noted that Vega is believed to have suffered a concussion following the spot where Nia Jax launched her into Tamina Snuka at WWE Evolution. This was a dangerous spot, but pro wrestling isn’t ballet.

Vega is still pulled from touring at this time, but there is good news for Andrade Cien Almas’ manager. She is back to training at least which is a good sign. Hopefully, she will receive medical clearance soon because her character is really needed to help round out the entire Tranquilo package.