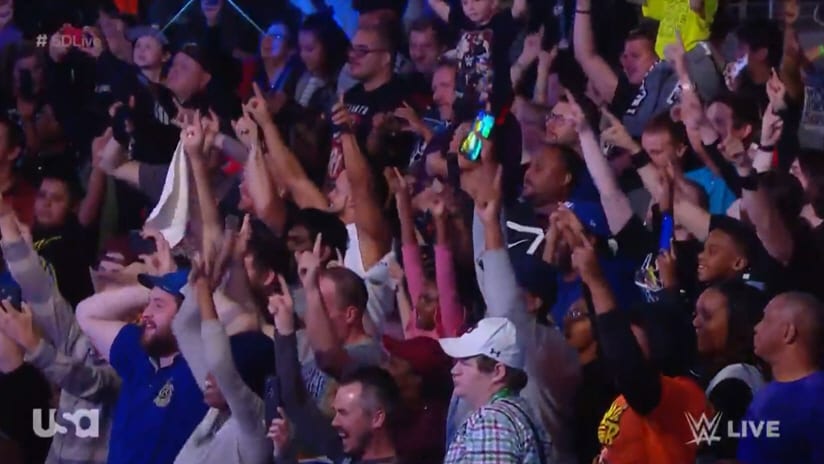 WWE is throwing a handful of shows in LA’s Staples Center from November 17th through the 20th. They plan to have NXT TakeOver: WarGames, Survivor Series, Raw, and SmackDown all from the same arena just like after most big 4 pay-per-views. But just like in most instances when they run this kind of city, the last night isn’t doing too well.

The Raw and SmackDown after big events are typically shows that you want to pay attention to. However, tickets to see the blue brand are possibly moving slower than expected.

The Wrestling Observer Newsletter noted that the Staples Center is running a deal on tickets right now where if you buy tickets for the November 8th Los Angeles Kings vs Minnesota Wild NHL game, then you get a tick for the SmackDown taping as well.

You can’t blame fans for either being tired or out of money so they decide to simply go home early and watch SmackDown from home. But if a lot of these deals are taken up on, we might find a lot of fans in attendance for SmackDown Live who are just there because the ticket was free which can sometimes be not too great of a sign that the crowd will be excellent.