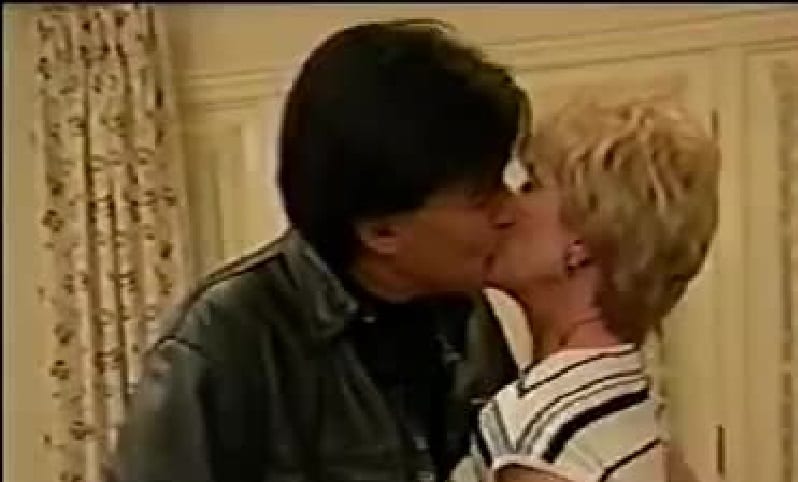 Linda McMahon is currently head of the small business administration for the Donald Trump administration. But there was a time when she was a character on television and nursing a tombstone from Kane. The week following that, Jim Ross and Jerry Lawler checked on her via satellite and then Eric Bischoff showed up.

What happened next really needs to be seen (which you can check out below). Long story short, Bischoff ended up laying a big wet one on Linda McMahon in a very creepy way.

During a recent episode of 83 Weeks was asked about his kiss with Linda McMahon on August 8th, 2003 and he had nothing but nice things to say about Vince McMahon’s wife.

“F*cking awesome. She’s hotter than she looks. You know when you get close to her there’s a certain kind of vibe about Linda. You wouldn’t get it unless you get in close… she’s a sexy beast.”

As Bischoff is able to look back at his career in the entertainment industry there are a few moments he has to be very proud of and others he might like to forget. At least making out with Linda McMahon on national television is something that he has nice things to say about.