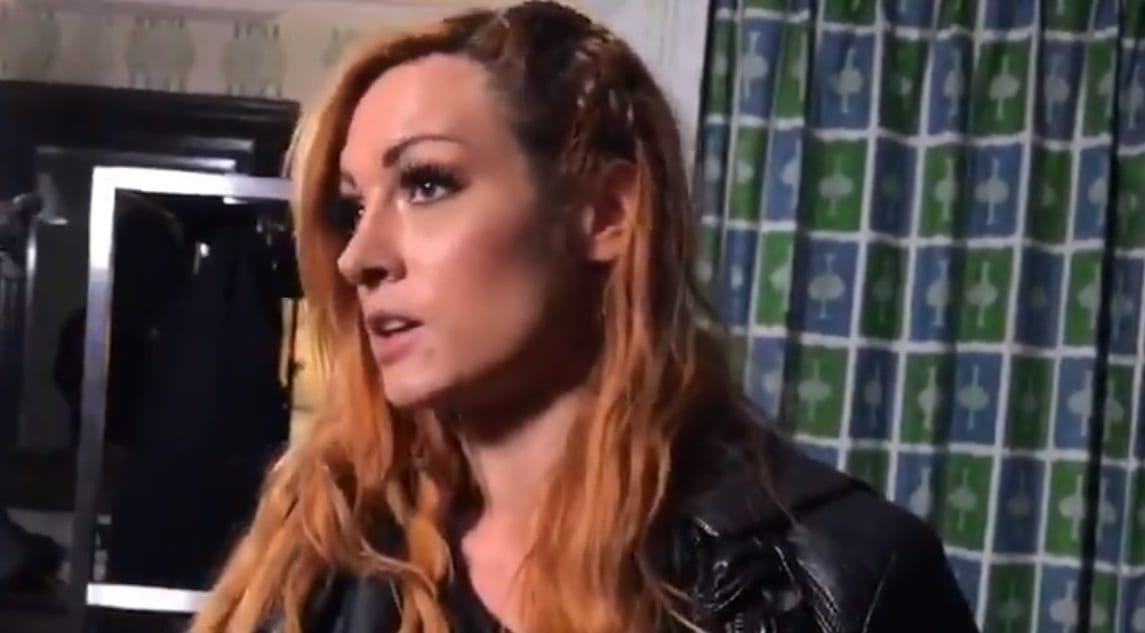 Becky Lynch and Ronda Rousey are set to square off at Survivor Series in a match that will pit champion vs champion. During the build-up for this feud, Rousey and Lynch are throwing plenty of bombs at each other on social media.

Lynch actually borrowed a couple lines from Eminem in the process recently to throw some shade at the first-ever UFC Bantamweight Champion. But the first-ever SmackDown Women’s Champion isn’t impressed.

The rivalry is getting so bitter at this point that Lynch refused to be interviewed by an MTV UK reporter because she was sporting Rousey merch. She schooled her pretty good in the process as well. It looks like the reporter got her interview, but she had to lose the Rousey hoodie.

Only time will tell how they will book the match at Survivor Series, for all we know, Rousey could very well experience her first loss. But one thing is for sure until that day happens, I would be treading very lightly when it comes to supporting Ronda Rousey anywhere near The Lass Kicker.