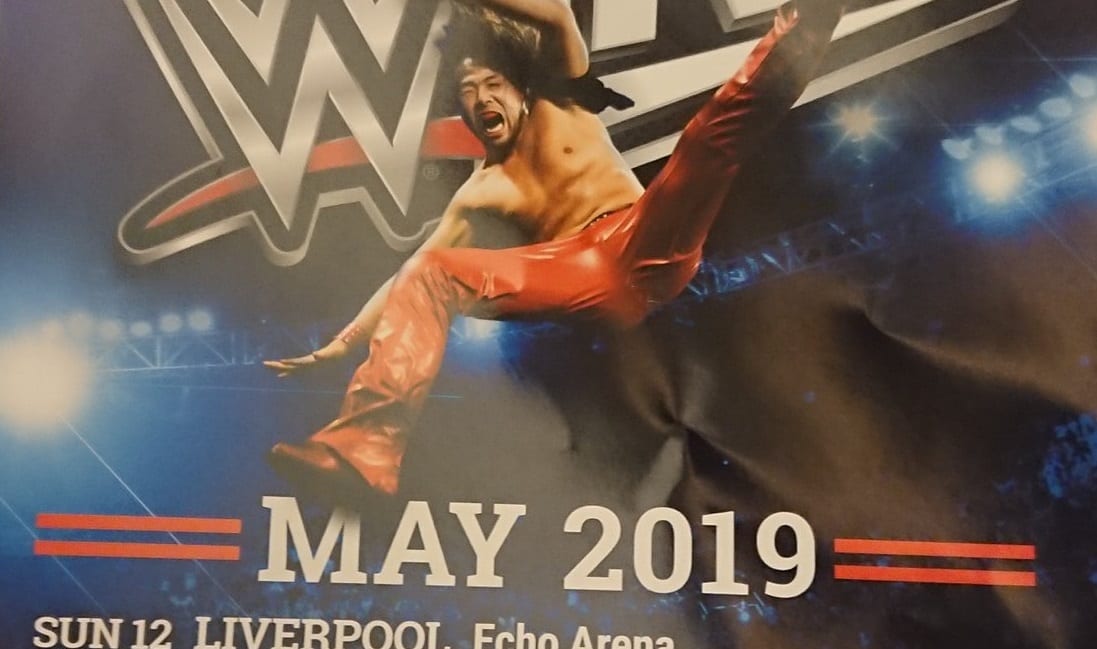 WWE is always planning ahead and it looks like they’ve got a big lineup for the UK market in May 2019. Both Raw and SmackDown were filmed in Manchester this week and the UK market loved having the WWE Superstars come to town (even though SmackDown’s attendance was pretty bad.)

During the live events this week, WWE was passing out a flyer promoting their next scheduled tour dated in the UK market. As you can see by the flyer sent to us by a reader, Raw and SmackDown Live will be pre-taped in London’s O2 Arena on May 13th and 14th next year.

They have 8 dates so far for the tour which will span 6 days in the UK before moving on to their next market. Only time will tell if his tour will proceed or follow a Saudi Arabia show.

It’s also interesting to note that Shinsuke Nakamura is the only Superstar featured on the flyer and these dates are going to occur well after his current WWE contract’s expiration date. So this possibly means that either WWE is very confident that he will be sticking around, they’ve already come to some kind of agreement, or maybe the image just fit really well there and that’s what the graphics department went with.

Either way, it’s a very interesting choice to go with. The UK dates for 2019 are as follows: 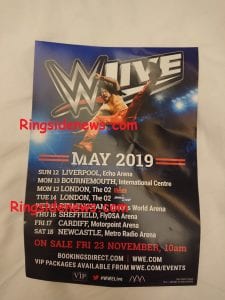