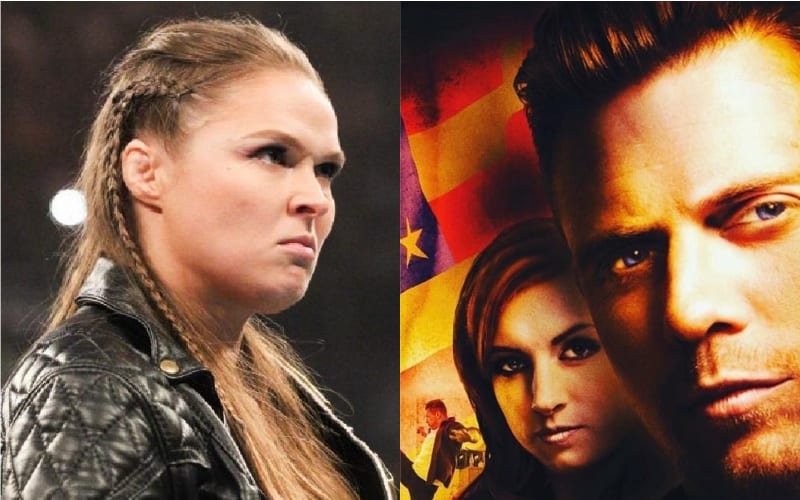 Ronda Rousey and Becky Lynch have been in a little Twitter battle over the past 12 hours or so and now The Miz is getting dragged into it. We’re not saying that the A-Lister doesn’t deserve heat (until he turns babyface) but this time it might not be his fault.

Rousey has been patronizing Lynch over claims of poster placement and then Becky complained about another poster showing Rousey with her hand raised instead of hers. This didn’t set too well with her at all. But Then Rousey brought The Miz into it and called him a name in the process.

“Hey Champ, does The Miz know he’s disrespecting The Man by being placed ahead of her on the Marine 6 poster? What a dick”

So neither Lynch or The Miz have been able to respond, but only time will tell what his reaction could be. In the meantime, we’re going to enjoy the build toward what could be a pretty fantastic Survivor Series match.

Hey Champ, does The Miz @mikethemiz know he’s disrespecting the The Man by being placed ahead of her on the #Marine6 poster? What a dick🙄