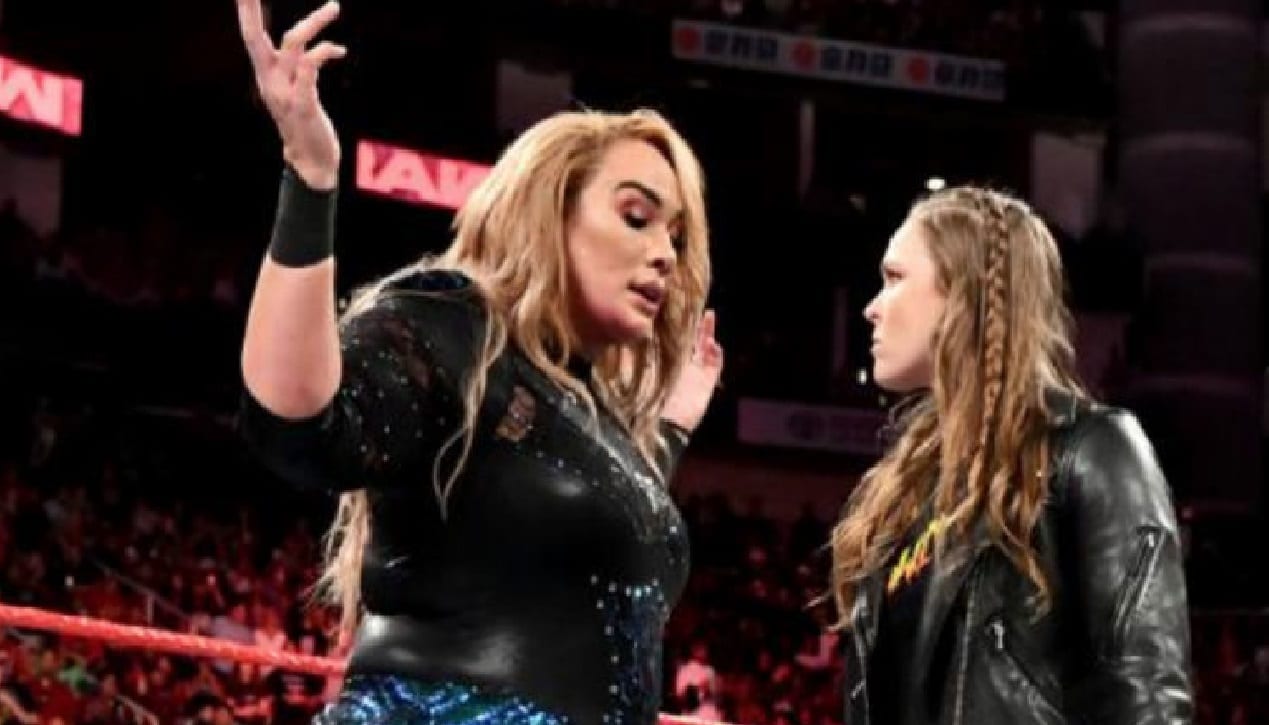 Ronda Rousey is pretty busy right now as Raw Women’s Champion. She is facing Becky Lynch at Survivor Series and the two champions have spent time on television throwing verbal bombs at each other on television. But she will have to face Nia Jax eventually because The Rock’s cousin won a Women’s Battle Royal at WWE Evolution so she is now a #1 contender for the title. Now she will get a chance to get her title back from Rousey.

Although Rousey hasn’t forgotten that Nia Jax is next in line for her title, that match isn’t likely to happen before Survivor Series and as Joe Peisich said on Barnburner’s No Holds Barred, WWE could stretch their feud out to December or even into 2019.

“Ronda Rousey and Nia Jax rumor has it that’s going to happen either in the December TLC pay-per-view card or at the Royal Rumble. Nia Jax has now aligned herself with Jimmy Snuka’s daughter Tamina Snuka.”

Since the idea is probably to see Rousey walk into WrestleMania as champion, Rousey is likely to win her defenses, so it makes much more sense to have them on pay-per-view instead of Raw. Only time will tell how they will book Rousey vs Jax — with 2 available pay-per-views, they could book a title switch back and forth. But it looks like Jax is going to at least be the #1 contender until TLC in December.