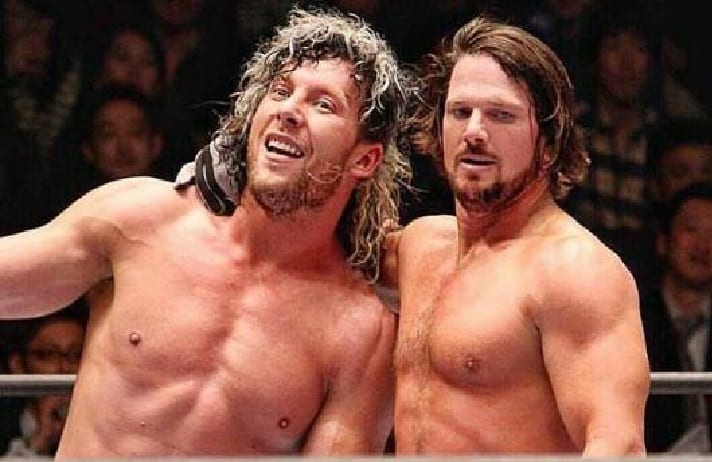 Kenny Omega is one of the best pro wrestlers on the earth right now and obviously, WWE wants him. There has to be a greater plan for Kenny Omega at this point after so many classic matches already, but he credits AJ Styles for making that all possible in a way.

While on the Chris Jericho Cruise, Talk Is Jericho recorded an episode where Kenny Omega opened up about how he was planning to quit the pro wrestling business and pursue a career in MMA instead — then he had a match with AJ Style.

“Yeah I mean of course we did multiple tags together and a lot of people don’t know but I have had one singles match with AJ and I actually credit that match to keeping him in the wrestling business. I was sort of at a crossroads (no pun intended) and I wasn’t sure… this was in 2006 I believe and I wasn’t sure if I was sure if I was going to do the MMA thing or I was going to do professional wrestling.”

“I was competing in jiu-jitsu all around the country and I was sort of training in exhibitions and sparring matches to do actual full-contact MMA and it was enjoyable but I found that my in-ring performance was suffering because you know there’s an aesthetic look you have to maintain in professional wrestling. If I’m cutting 20 pounds for a tournament or a fight and then I have to go to the ring I’m going to look like I came out of a dryer and it just didn’t jive. So if I was going to concentrate on one, the other was going to suffer.”

“So I wanted to use that AJ match in Winnipeg to sort of determining what does my future hold for me? Am I going to go into fighting or am I going to do the wrestling thing? And after that AJ match when I thought, ‘Oh my goodness there’s this guy who’s so much better than me but we have this chemistry together.’ It kind of showed me my true potential and maybe something that I could grasp and something I could achieve that I hadn’t seen yet.”

“It really made me look in the mirror and say to myself: ‘Jeez, even when I do these all-time jiu-jitsu tournaments I’m always going for a finish, I’m always trying to have that exciting match when really you should just be concentrating on getting that gold medal or whatever. So I found that I was actually and entertainer, I was a performer. So I was going to give this wrestling thing one more shot. So after my 1 tour which was possibly going to be my retirement tour in America, things really took off after that and then came my first tour with PWG where I met the Young Bucks or at least half the Young Bucks and soon thereafter I was in Japan.”

Thankfully, Omega is continuing in this career as an entertainer instead of a fighter. Only time will tell where he could end up next, but he’ll be one of the best in the locker room no matter where he decides to work.