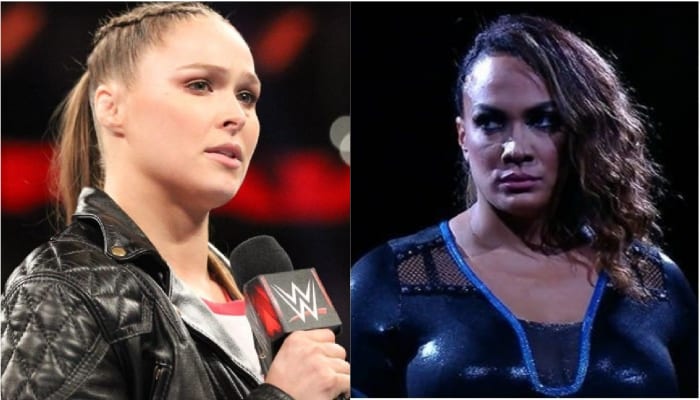 Nia Jax joined up with Tamina Snuka last night on Raw creating 2 monsters who Ronda Rousey has to worry about now. After all, Jax earned the #1 contender spot when she won the Women’s Battle Royal at WWE Evolution.

But just because Nia Jax has a new cohort isn’t going to shake Rousey at all. In fact, it seems like she is welcoming to this new challenge.

Ronda said not to worry because she hasn’t forgotten about their unfinished business. It looks like Becky Lynch is next on her list as they face off against each other at Survivor Series in a Champion vs Champion dream match. But Jax just needs to be patient.

Of course, Nia Jax might have gotten more than she bargained for with her match against Ronda Rousey as the first-ever UFC Bantamweight Champion said she was born ready for the challenge.

@beckylynchwwe, see you at #SurvivorSeries #Nov18 @niajaxwwe, don’t worry I haven’t forgot about our unfinished business. You know I was born ready for the challenge. https://t.co/ePxaMqRcoX pic.twitter.com/SqUt8InAzZ