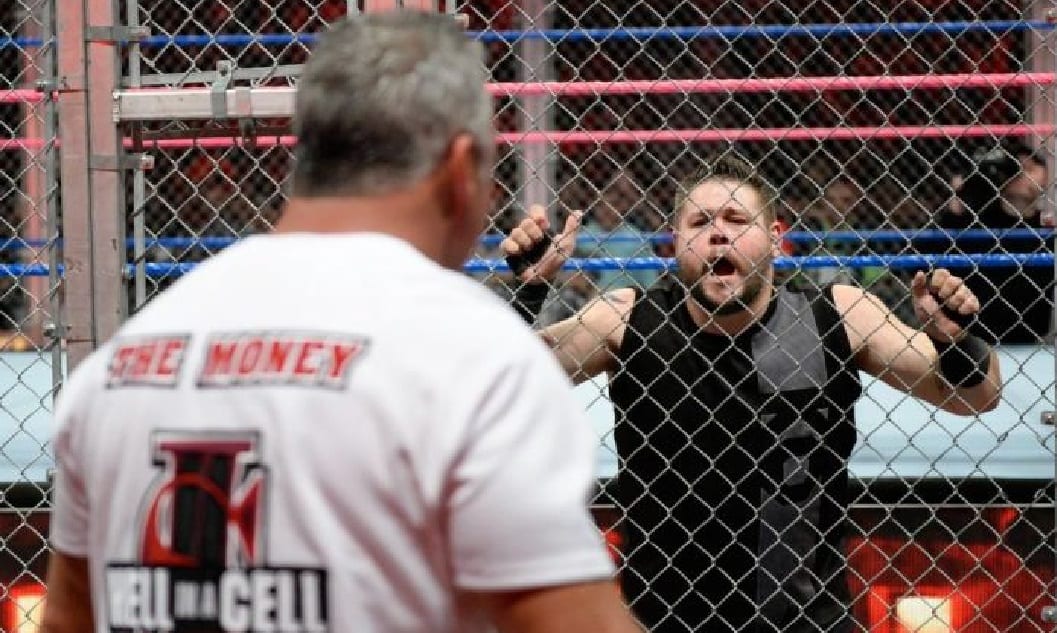 Kevin Owens has been quite lucky since arriving on the WWE main roster in regards to the high-profile matches he’s been able to be a part of. But as the former NXT Champion remembers his Hell In A Cell Match against Shane McMahon during their build to WrestleMania 34, it is a hard moment to top.

KO recently spoke to Inside The Ropes about his experience of working with Shane in such an unforgiving environment and how much it meant to his career.

Owens said that he and Shane bring the same energy to the ring where they’re willing to do anything. After watching Hell In A Cell matches for so long he said he wanted to obviously be in one, but his experience with Shane McMahon was one he will certainly never forget.

“That was my second [HIAC match] and I wonder if I’ll do another one. But again, it’s something where I wonder if I do ever do another one how will I be able to top it. You know with Sami saving me and Shane crashing and everything that happened after it — it just makes the match stand out as something special.”

Any time you can get Shane McMahon to wrestle a match it’s going to be special at this point. After all, he doesn’t take a bump unless the show warrants it. But Owens will remember this feud as not only the piece of the puzzle it took to get him and Sami Zayn on the same page, but also for how they were able to orchestrate the finish to build toward something even more special at WrestleMania 34 complete with Daniel Bryan’s in-ring return.