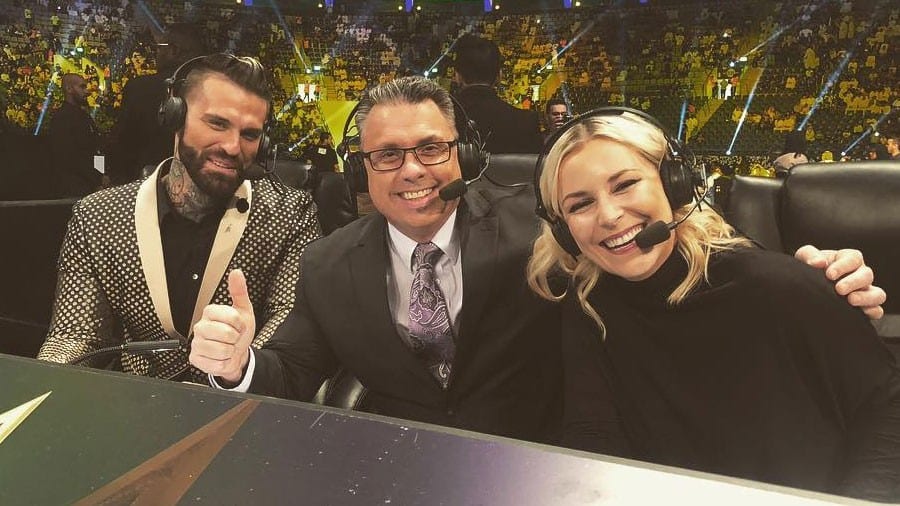 While speaking to BBC Radio, Renee Young discussed doing commentary at Friday’s WWE Crown Jewel event in Saudi Arabia and said it was a very cool moment to step into the announce booth to be a part of the broadcast with the men.

“One thing I will say that was very cool about that—as well is being a woman welcomed into Saudi Arabia, to step into the announce booth and be part of the broadcast—of how many men, women, children coming up to me, knowing that this was a big moment of change and that there is a demand and need for women to be performing in Saudi Arabia. So, they are asking for it, certainly.”