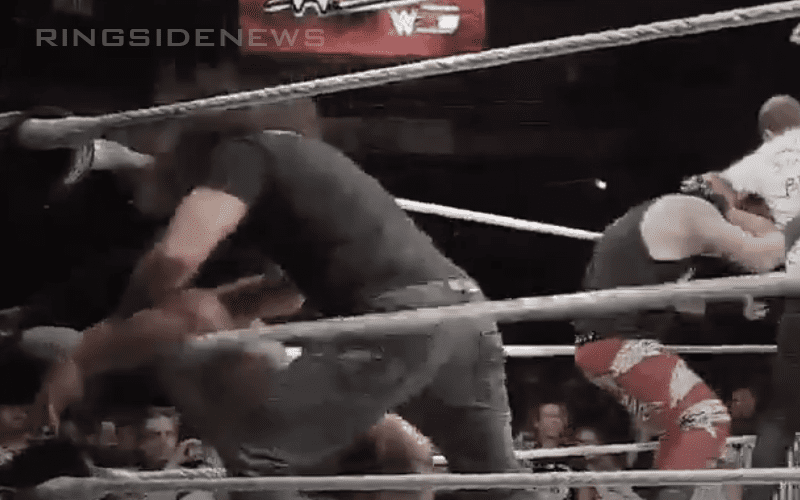 Matt Hardy got physical at Friday’s WWE Live Event in Madrid, Spain during the main event.

Hardy came running down to the ring in the closing segment that saw Braun Strowman standing tall after the locker room filled the ring in a brawl. Hardy ended up being part of the bench clearing melee. Footage of the segment can be seen below.

For those not aware, Hardy made what was supposed to be his final WWE in-ring appearance at a WWE Live Event back on September 16th. At the time Hardy teased he could be done competing but maybe he has changed his mind?