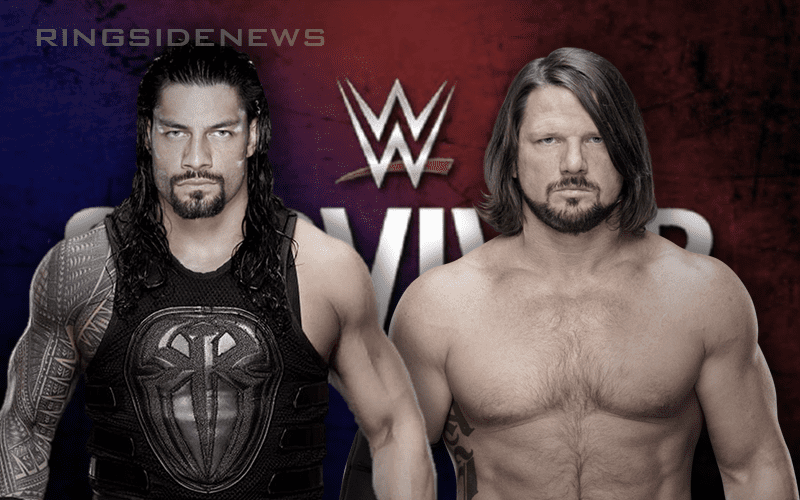 Roman Reigns’ leukemia announcement meant that he had to take a hiatus from WWE in order to go home and focus on his health. He would be surrounded by supporting people who love him no matter where he is, but Roman needed to go home and focus on beating that awful disease. His hiatus is sad, but the show must go on for WWE which means that their future plans were out the window after The Big Dog’s departure.

With Survivor Series being the next big event for the company, Vince McMahon reportedly didn’t plan on doing another Raw vs SmackDown pay-per-view theme for Survivor Series. Instead, there were other plans within the brands but of course, that changed after Reigns left. However, the reason for this nix on tradition could be very interesting.

Therefore, we get AJ Styles vs Brock Lesnar instead because that matchup worked so well last year. Hopefully, we’ll get a different match but when you’re dealing with a combo like Lesnar and Styles they could do any number of things with that match.