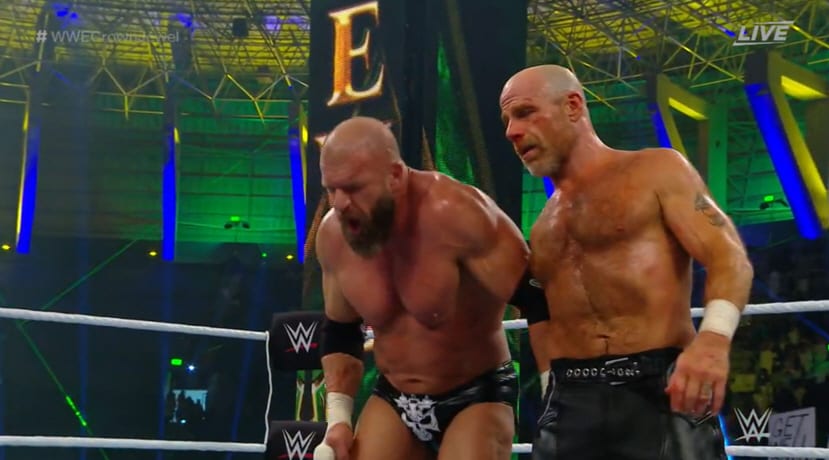 Triple H is The Game — but he’s also the COO of WWE and responsible for most of what you see at live events and on television. Therefore, it’s no surprise that he usually finds himself in a pretty sweet WrestleMania spot. But his recent injury at WWE Crown Jewel could really throw a problem into the mix for next year’s big show in New Jersey.

Dave Meltzer noted on Wrestling Observer Radio that Triple H’s pec injury sustained at the WWE Crown Jewel event likely means he’s missing Mania this year. After all, with only 5 months until WrestleMania and that being on the low-end of pec surgery recovery time — Trips probably won’t be ready until then.

Therefore it seems that Triple H isn’t going to be able to work the big show, or at the least, he probably shouldn’t. He needs to let his body heal, especially if he wants to keep wrestling for years to come. But The Game has surprised us before so you never know how fast he could recover this time around.