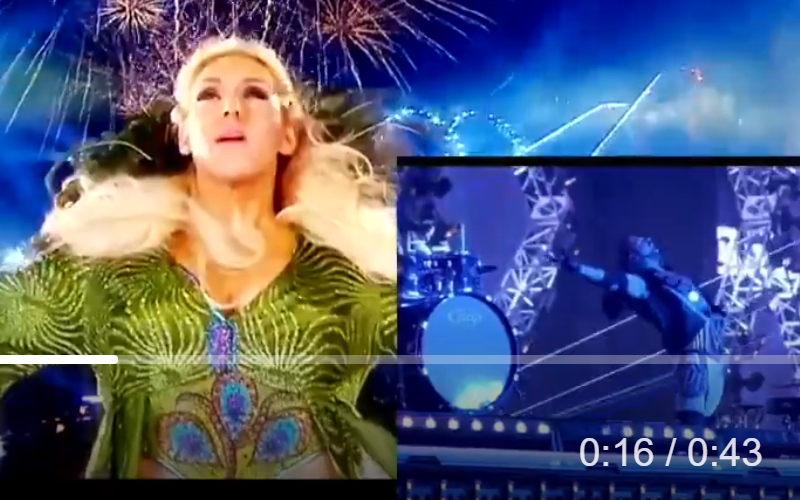 WWE apparently removed the women talent from the WrestleMania 35 promotional video that aired during Friday’s WWE Crown Jewel event. Below is a side-by-side of the video that aired on Friday and the one that was shown on RAW & SmackDown this week.

Hmm, there’s a difference between the WrestleMania promo that aired on Raw/SmackDown and the one from #WWECrownJewel, which is inset…something’s missing, some kind of de-evolution. Can’t put my finger on it, though. pic.twitter.com/zFn2PWRCL4

What’s most interesting about WWE’s edit in the above video is that they also aired a preview for Survivor Series during WWE Crown Jewel that featured an advertisement for the Ronda Rousey vs. Becky Lynch match. When the preview was shown in front of the live audience, it received a huge reaction from the crowd.