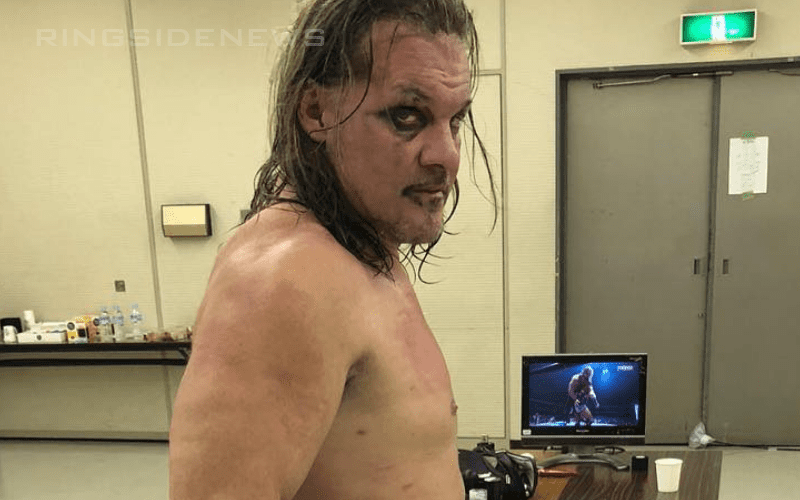 Chris Jericho defeated EVIL at New Japan’s Power Struggle event to retain his IWPG Intercontinental Championship. This not only means that he’ll be likely wrestling at least a couple more matches in Japan — but he’s still the greatest IC Champion of all time. This statement is of course, claimed by Y2J but it’s hard to argue at this point.

Although he walked out of Power Struggle with his title, Y2J didn’t do it without at least a couple wicked looking battle wounds in the process. He was happy to share these on social media as well to prove how strong style works with a heel Jericho in Japan.

His leg took a pretty bad hit there and it looks like he got attacked by Wolverine a little bit — but his back can’t feel all that good either. But there’s not much time for Jericho to ice down his war wounds because he’s always on the move and onto the next adventure.