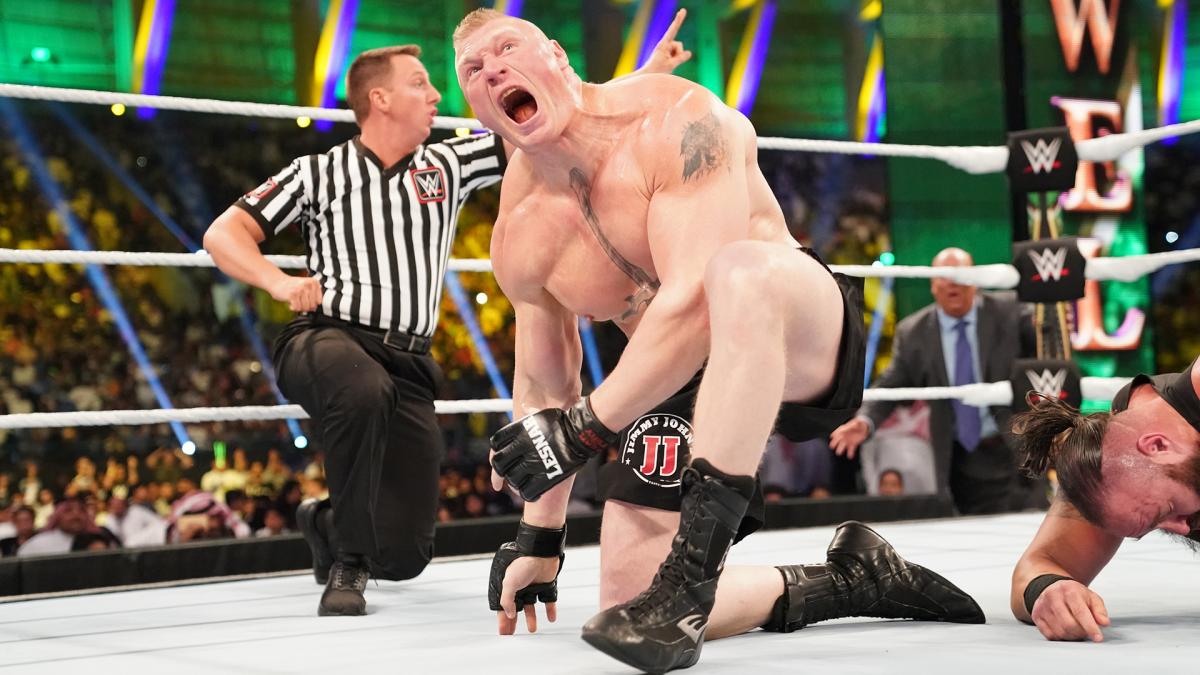 UFC 230 rolling into MSG tonight, but it looks like any plan for Brock Lesnar to make an appearance doesn’t look likely.

We previously reported that Brock Lesnar is going to show up at UFC 230, but apparently, those plans have changed in a big way. Due to a recent post-match brawl in the crowd and in the Octagon, there was just too much of a fear that something could happen again.

Brad Shepard reports that Brock Lesnar will not be attending the UFC 230 event now because the New York State Athletic Commission won’t let it take place. This is a safeguard they’re putting up so another McGregor/Khabib brawl doesn’t take place — this time in the World’s Most Famous Arena, Madison Square Garden.

Shepard went on to clarify that Lesnar was originally scheduled to do a run-in during the UFC 230 event and get into a confrontation with Daniel Cormier once again. However, the New York State Athletic Commission said no because they didn’t want it to escalate into another incident like Conor McGregor and Khabib did.

It looks like Dana White has now confirmed what I eluded to early yesterday, that Brock Lesnar will NOT be at #UFC230. Dana wanted Brock to appear but the New York State Athletic Commission put the kibosh on it because they didn’t want another potential Khabib/McGregor incident. https://t.co/yX8YAvC1S9

The plan was for Brock to do a run-in and get into it with DC again. The NYSAC didn’t want it to escalate into a Khabib/McGregor situation. #UFC230 https://t.co/uXuGbUgNk0

The tweet below will be a hard pill for anti-#WWE #UFC fans to swallow. Yes, it was the literal “plan.” Dana White has learned well from Vince McMahon. https://t.co/GenHCKSMrU