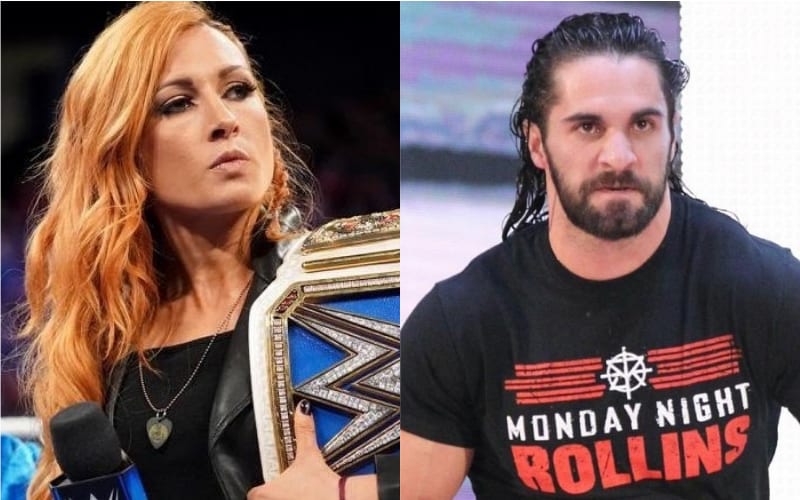 Becky Lynch defeated Charlotte Flair at WWE Evolution to cement her status as “The Man.” Her new t-shirt even has that title written on it instead of SmackDown Women’s Champion so it’s likely that The Lass Kicker is now The Man and that moniker will stick past her title reign.

But as Seth Rollins performed for the crowd during their house show in Madrid, WWE’s Twitter account announced The Architect as “The Man.” This cause Rollins to throw a little shout out to Becky Lynch to make sure she was paying attention to who WWE was calling The Man now.

“You might be a man, but I am undeniably the man,” Lynch replied. After all, to be The Man you have to beat The Man and after toppling Charlotte Flair at WWE Evolution, Lynch is on a pretty good roll that will carry her to Survivor Series where she is scheduled to battle Raw Women’s Champion Ronda Rousey.

It’s a good thing that Rollins and Lynch are on different brands — so they can each be The Man on their individual show. That seems to be a good compromise.

You might be a man, but I am undeniably the man https://t.co/NoUgBtMuiq