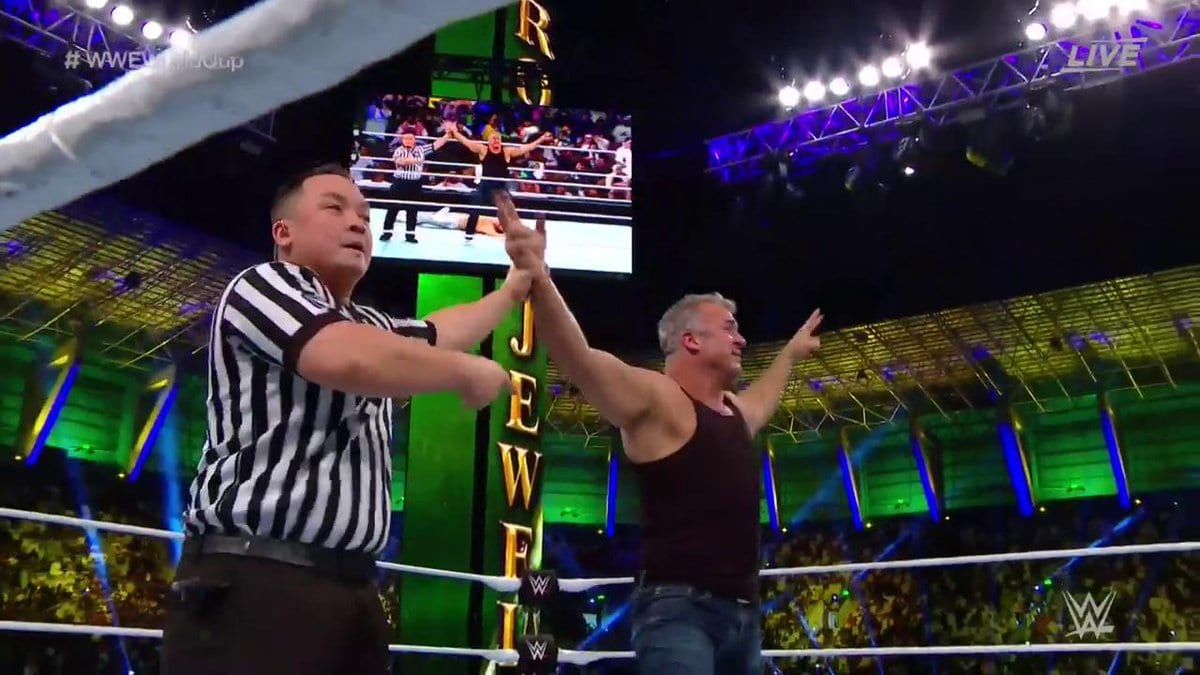 WWE Crown Jewel is an event that plenty of people had opinions about, but the event went off without a hitch — except for the fact that John Cena and Daniel Bryan decided they weren’t getting on a jet to Saudi Arabia.

But the World Cup Tournament promised to determine who the best in the world is and the action during that set of matches was pretty incredible. There were also a couple surprises along the way.

Rey Mysterio won the first round where he took out Randy Orton — then The Viper did a post-match beatdown to open the WWE Crown Jewel event. The Miz also won his opening round match against Jeff Hardy as well and then went on to upset Mysterio in a shocking second-round win.

Kurt Angle was defeated by Dolph Ziggler in the first round while Seth Rollins defeated Bobby Lashley. The two squared off in the second round of the World Cup tournament. Then Drew McIntyre got involved in Ziggler’s second-round and helped him win over Seth Rollins. After the match was over, The Show-Off cut a promo to draw a ton of heat from the crowd meaning that The Miz was playing babyface in SKA.

The finals of the WWE World Cup was The Miz vs Dolph Ziggler meaning that the best in the world would be a Cleveland Ohio boy either way. The finals started off with the referee kicking Drew McIntyre out of the ringside area so it was truly a one-on-one contest. This actually drew some boos from the crowd who wanted to see Drew McIntyre stick around. Then The Miz jumped Ziggler before the bell and did a beatdown in and out of the ring.

Suddenly, as The Miz left the ring, he slipped and started selling his leg. Nobody checked on him and they mentioned it on commentary — so this was likely a work. The Miz couldn’t make it back into the ring and the match hadn’t even started yet. Shane McMahon asked The Miz if he could do it as well — after all, if The Miz loses the match then by Shane’s decree it would cost him his job.

The referee called for help as Shane got down to talk to The Miz “I’ve never been injured! Leave me alone!” The referee called for the match to be over and then Shane McMahon stopped them from making the announcement and he took The Miz’s place. Baron Corbin was not happy about that at all.

So Ziggler and McMahon had a match that started with Shane lighting up Ziggler with a flurry of punches. Soon, the referee was tossing Baron Corbin from ringside as well which allowed Ziggler to hit a Zig Zag but Shane kicked out.

McMahon set Ziggler up for a Coast To Coast and won the match making himself the best in the world. Yep, that happened.