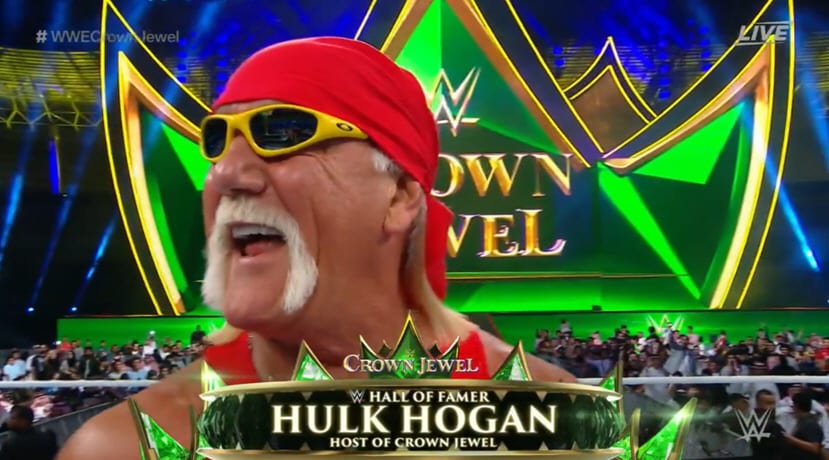 WWE Crown Jewel is a very controversial event and the fact that they’re even carrying on with the show caused some fans to boycott the company — so why not throw Hulk Hogan into the mix too? After all he was suspended from WWE after several racial slurs were caught on audio during that sex tape fiasco he dealt with. He also admitted to being “racist to a point,” but that didn’t stop the Saudi Arabian crowd from being hyped to see him.

Our source in Saudi Arabia who attended the event said that people were extremely sad for Roman Reigns and his announcement of leukemia which prevented him from attending — but announcing Hulk Hogan brought their excitement back to the fans.

Hogan returned and kicked off the WWE Crown Jewel event and received a huge pop and fireworks in the process. But during his promo, he didn’t say Saudi Arabia at all. He said that he got in a jet and flew half-way across the world and then said it’s great to be here at Crown Jewel.

But the crowd loved him and were with him every word, flexing pose, and cheap pop along the way. In all honesty, it was a pretty big moment in WWE history and it happened at WWE Crown Jewel… then there were even more fireworks.