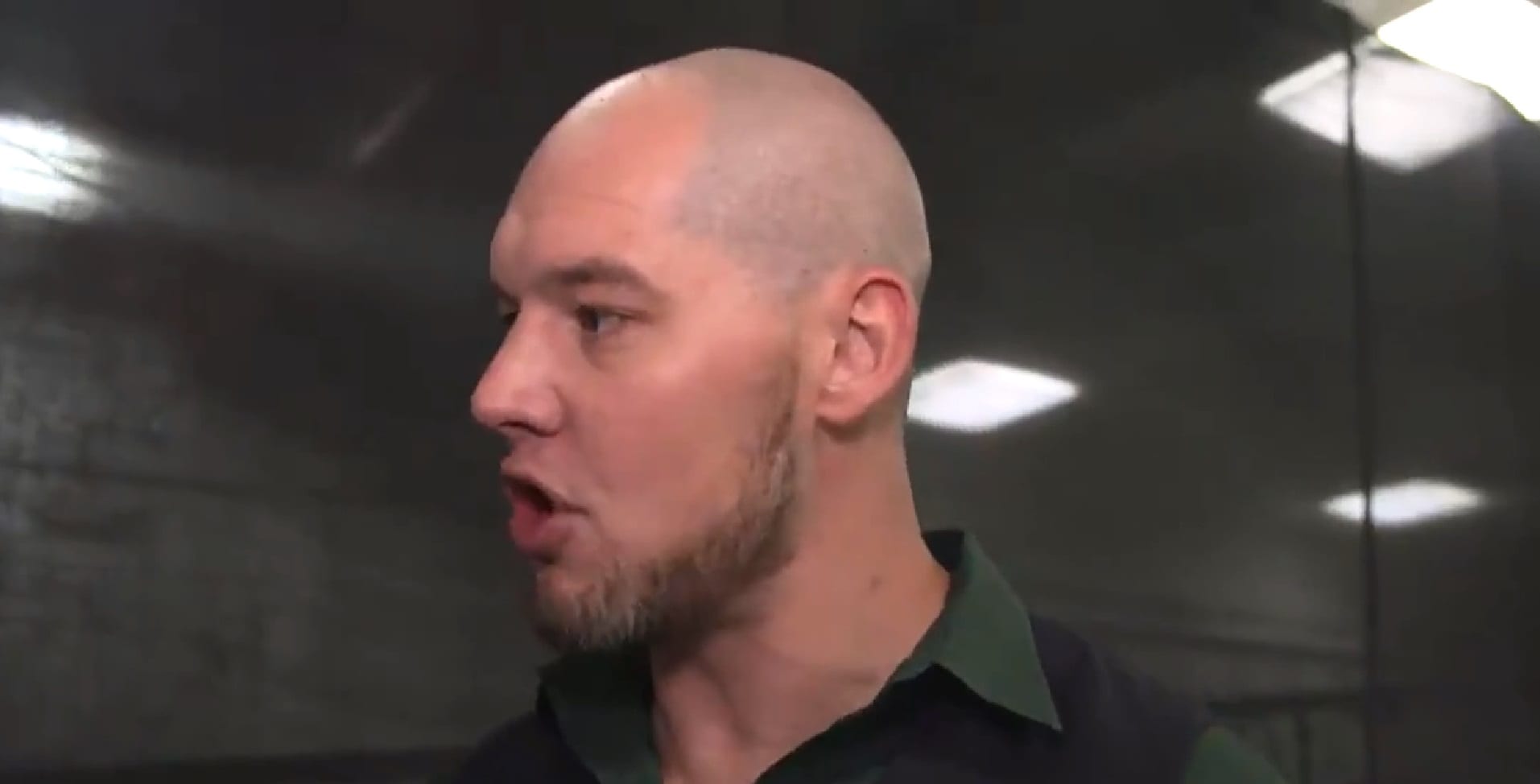 Baron Corbin wasn’t happy at all about how the WWE World Cup Tournament turned out at WWE Crown Jewel. The finals of the tournament were set to have two Cleveland natives in The Miz and Dolph Ziggler face off against each other. But The Miz suffered and “injury” and was unable to compete.

Then Shane McMahon stepped in and so he didn’t have to forfeit, he took off his button-up shirt and started the match. After a couple moves and a Coast To Coast, Shane McMahon was declared The Best In The World.

Baron Corbin wasn’t happy about this at all and he was at ringside displaying his furious anger. Shane stepped in to take bragging rights away from his sister Stephane McMahon who is also Commissioner of Raw — but he really upset the General Manager Baron Corbin.

In an interview after WWE Crown Jewel was all said and done, Corbin said he attacked Strowman before the match because Brock Lesnar will be the face of Raw “for I don’t know how long” — but he really wanted to talk about Shane McMahon.

Corbin said McMahon had no business being in the finals of the WWE World Cup tournament. He said the cup that McMahon is carrying around “is tainted” and he didn’t earn it. After all, Baron Corbin threw John Cena out of the tournament for not qualifying.

The Lone Wolf closed out his interview by saying, “I hope to see him in the future.” With Survivor Series being brand vs brand once again this year, only time will tell if we might see Corbin and McMahon battle in some way or lead teams in some sort of traditional Survivor Series contest.