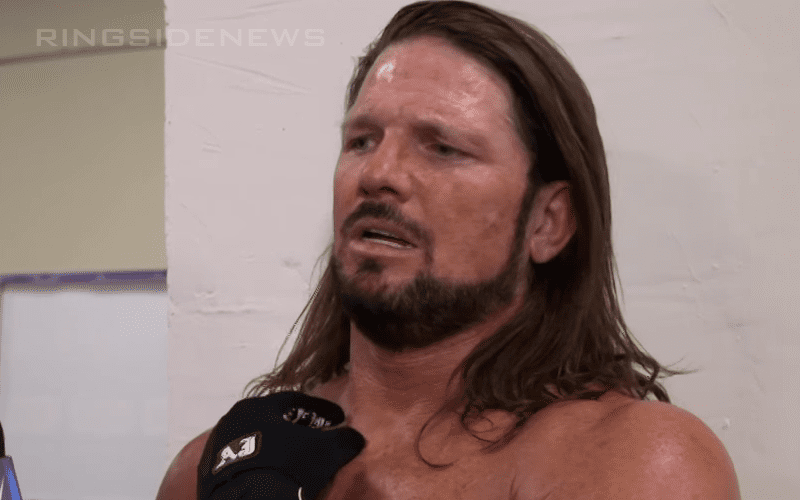 As seen at today’s WWE Crown Jewel event, WWE announced that AJ Styles would be facing Brock Lesnar in a Champion vs. Champion match at the upcoming Survivor Series event.

Byron Saxton caught up with AJ Styles after his victory over Samoa Joe and asked him about the upcoming match. Styles mentioned that it’s been a tough week but he’s looking forward to the match at Survivor Series.

“Well, I wouldn’t say I’m feeling good. I’m proud of myself, if that’s what you mean, but feeling good is not one of those things if you get in the ring with Daniel Bryan and Samoa Joe in a range of three days. I’m a champion. A fighting champion. This is what we do. We take on any competitor that wants to get in the ring with us. That’s what we do. That’s the way it should be and maybe we’ll find out who the Universal Champion’s gonna be because I want a piece of him at Survivor Series.”