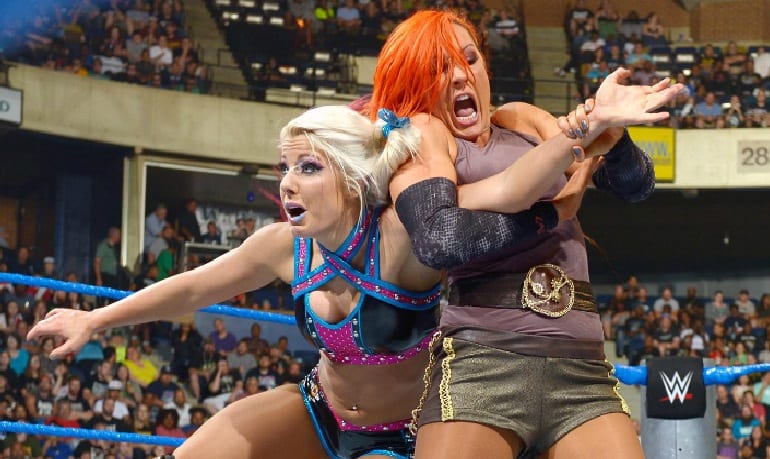 Alexa Bliss loves to cosplay and her character even resembles Harley Quinn to the point where she flat-out dressed up like The Joker’s accomplice on a time or two complete with weapons of choice. So Halloween is a very special time for her because she won’t get people looking at her strangely for dressing up like a Disney princess.

All Bliss was trying to say was that she was better at cosplay and then Becky Lynch stepped in and fired a shot at Bliss that might have hit below the belt. Alexa is currently out of action with a concussion and she had to miss a lot of time in the ring because of it including her much-hyped WWE Evolution match with Mick James against Trish Stratus and Lita. So it’s not very nice to make fun of someone when they’re currently sitting on the sidelines and having to miss out on being a part of history — this is why Lynch makes such a great heel.

“You should cosplay as a waterboy because of all the time you spend on the sidelines,” Becky tweeted back at Bliss. This was certainly a big-time dig and even if you’re upset by it you have to give Lynch props for a well-worded insult.

Only time will tell how this could translate into a feud with them both on separate WWE brands, but it certainly helped establish Becky Lynch as an even more ruthless bad girl.

You should cosplay as a waterboy because of all the time you spend on the sidelines https://t.co/QOd7HxbiBz