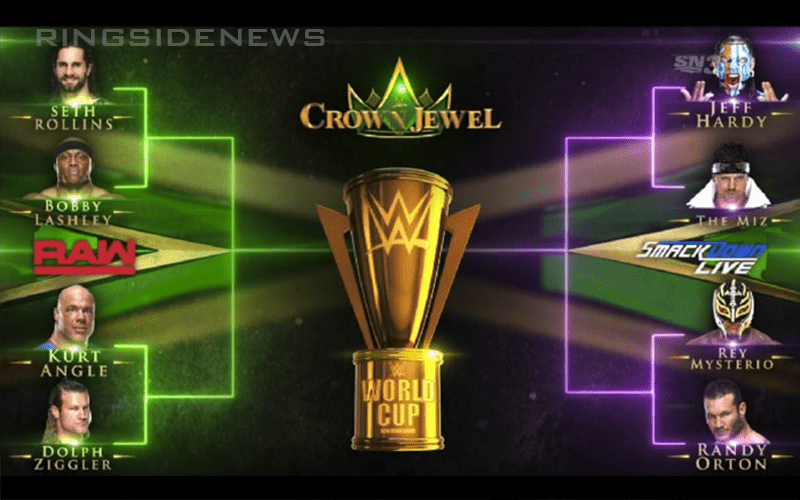 As seen on Sky Bet, the betting odds for who will reach the WWE World Cup Final have been released.

While this tournament may not exactly have the same kind of stakes as the actual FIFA World Cup, there are still eight high quality superstars that will be competing against one another when WWE heads to Saudi Arabia for Crown Jewel on Friday.

In terms of the betting odds Seth Rollins is the 2/1 favourite to win the whole thing with Miz being close behind at 9/4, but we’re more interested in the odds for who will actually reach the final.

The following are considered to be the ten most likely match-ups in the final of the tournament, and whatever happens, it certainly seems like we could be in for one hell of an evening.

Despite the criticisms surrounding the event itself, nobody can deny that the card is looking absolutely stacked, with some matches even having a WrestleMania feel to them. That doesn’t mean we should forget about the controversies, far from it, but it’s still worth noting.

Given that Rollins is the favourite, though, you’d have to imagine that Dean Ambrose will play some kind of role in one or more of his matches.