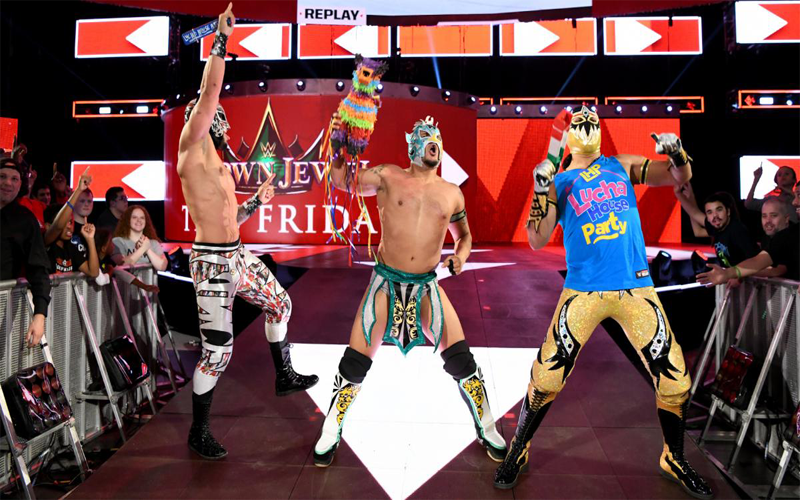 Over the past few months, most fans have generally agreed that WWE dropped the ball with the RAW Tag Team division. Rather than focusing on teams such as The Revival and AOP, they instead focused on building teams with singles competitors and pushing many storylines down the card.

With the RAW Tag Team Championships now in limbo due to the actions of Dean Ambrose last week on RAW after he and Seth Rollins won the gold from Drew McIntyre and Dolph Ziggler, it appears WWE is primed to crown new Champions heading into Survivor Series.

With the confirmation of Becky Lynch vs. Ronda Rousey and the likelihood that Seth Rollins vs. Shinsuke Nakamura will take place, it is only natural to expect that the RAW Tag Team Champions would go one-on-one with the SmackDown Tag Team Champions- likely either The New Day or The Bar.

On RAW last night, Chad Gable & Bobby Roode were victorious against The Ascension and AOP. However, AOP would go on to attack the victors after the match. Additionally, 205 Live Superstars Kalisto, Lince Dorado & Gran Metalik- known as the Lucha House Party made their RAW team debut, defeating The Revival.

These changes could be the beginning in a massive shift for the division on RAW, as the titles are becoming a prominent focus of the show again. At this time, any one of the tag teams on RAW could wind up as Champions, and moving on to face the SmackDown Tag Team Champions at Survivor Series.

Who should be the next RAW Tag Team Champions? Do you believe Ambrose and Rollins will vacate the Championships? Let us know your thoughts, opinions, and reactions down in those comments below.