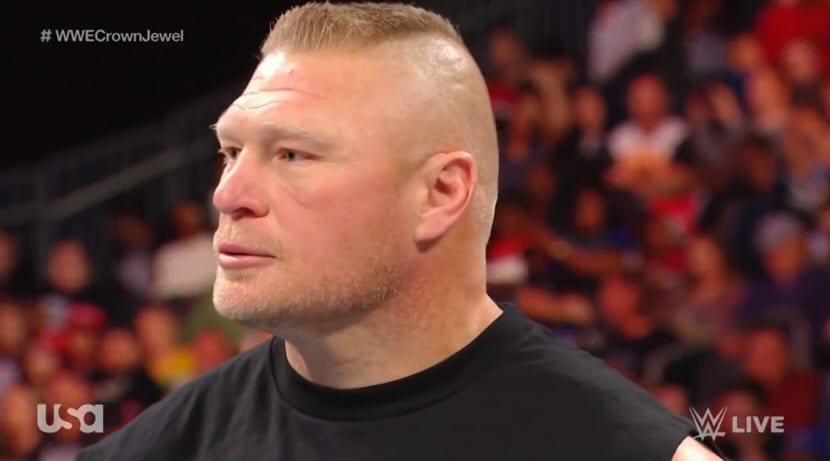 Brock Lesnar faced off against AJ Styles at last year’s Survivor Series event and it got the world talking when Lesnar defeated The Phenomenal One. After the match was all said and done, Paul Heyman praised Styles on social media and on Raw alluding to another possible match down the line. With Survivor Series’ current theme so far of champion vs champion — it could happen again.

Bryan Alvarez discussed the likelihood on Wrestling Observer Live of Brock Lesnar pulling out a win in Saudi Arabia against Braun Strowman and having the Beast Incarnate continue on with another run as Universal Champion.

“Brock was supposed to lose at WrestleMania and at the last second Vince decided he was going to pay Lesnar a ton of money to come back for 2 more matches including Saudi Arabia. So it’s not impossible that Brock could win and then pay out the ass to get him back for Survivor Series. But why? Just put the title on Braun Strowman and be done with it.”

Brock Lesnar could very well have a surprise win and become Universal Champion once again. This might also likely mean that he will need to sign on for more than one more match seeing how he can’t lose the title at Survivor Series in a non-title match.

But if WWE doesn’t want to pay outrageous sums of money to acquire Brock Lesnar’s services again there is a babyface Monster Among Men waiting in the wings.